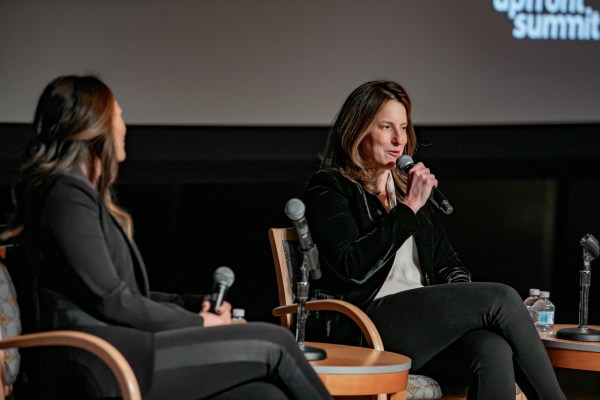 Kara Nortman has always been dedicated to supporting women in technology and in startups.

As one of the founders of the All Raise, the organization dedicated to supporting gender equity in venture capital and technology, a director for Times Up and as the co-founder of the Los Angeles-based expansion women’s soccer team, Angel City, Nortman has been a voice for equality in her professional and personal life.

Historically women in the venture capital industry have had to launch their own funds to assume a leadership role in the industry. Norton’s promotion flies in the face of that — likely as a recognition that times have changed and firms need to adapt to a world where entrepreneurs are often choosing to take capital from firms that align with their values as much as their strategic vision.

For Upfront’s newest co-managing partner, the path to leadership at a fund with roughly $2 billion in assets under management began with late nights as an associate with Battery Partners in Massachusetts.

“I was the 23 year-old at the office reading MassSciTech and Red Herring until 10 at night,” Nortman recalled. “There wasn’t a ton of data to scrape and pull and run algorithms against.”

At Battery, Nortman focused on enterprise software before moving over to the corporate world as an executive at Interactive Corp. The Los Angeles native has been a partner at Upfront since 2014 where she’s invested in retail companies like Parachute Home (her first Upfront investment) and more recently in enterprise software companies like OpenRaven and Fleetsmith (which was acquired by Apple in her first big exit as an Upfront partner).

“My personal portfolio is about 30% consumer and 70% deeptech enterprise,” said Nortman. “I did all enterprise and infrastructure early in my career at Battery … because that’s all there was. There was no consumer to invest in 1999… Webvan and Pets.com were not good ideas.”

“If I had a dollar for every founder or VC who told me how much they loved Kara I’d have a 10x fund,” Suster said in a statement. “Kara is a natural leader as evidenced by her role as a founding member of All Raise, a board member of TIMES UP and in bringing the women’s professional soccer team, Angel City Football Club, to Los Angeles. Our giving her more leadership inside of Upfront is just a recognition of the role she already plays here.”

Nortman is universally respected in the Los Angeles venture community with several investors saying that the move was an excellent strategic choice for the firm. It’s also (as far as I can tell) a historic one.

While there have been amazingly talented and qualified women working in venture capital for decades, few if any were able to assume leadership positions by being promoted from within. Jennifer Fonstadt and Theresia Gouw left DFJ and Accel (respectively) to launch their own fund. And Trae Vassallo, Aileen Lee and Beth Seidenberg all spent time at Kleiner Perkins before striking out on their own to launch independent funds.

Nortman said there won’t be any other changes to the partnership whose roster of partners includes Kobie Fuller, Greg Bettinelli, Aditi Maliwal and Michael Carney.

Nor will there be any changes to the strategy which has seen the firm invest roughly half of its capital in the greater Los Angeles region with the rest spread across deals in the U.S., Europe and Israel.

Upfront’s success has tracked the broader expansion of the tech ecosystem in Los Angeles with big exits coming from hometown heroes like Ring, TestFlight and Maker Studios along with investments in rising Southern California stars like Bird, Apeel Sciences, and GOAT.

For Nortman, who has seen a lot of changes in the industry, the biggest is the need for specialization as firm’s grow. “It used to be that you could just hustle,” Nortman said. “You have to be really disciplined about how you build brands.”

Beyond that, there’s a need for investors to be more strategic about picking their investments, because hold periods are longer and the markets companies are tackling are exponentially larger than 20 years ago.

“I’m the first board member of almost every company I join. And I may be on the board for ten to 15 years,” Nortman said. “These days you need to be faster to make decisions and build brand but the commitment level is much much longer.”