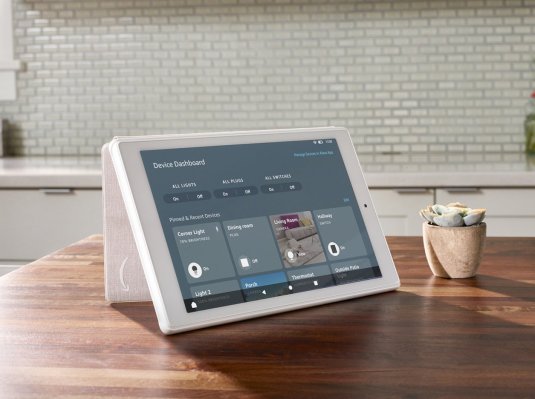 It’s been a busy few weeks for the smart home race. Amazon, Google and Apple have all announced new smart speakers aimed at — among other things — cementing their respective positions at the center of users’ connected households.

Adding onto the introduction of a whole bunch of new Echo devices, Amazon is also improving what its famously inexpensive Fire Tablets can do. Today the company will be rolling out a free software update to select slates that brings a smart home device dashboard. The system essentially serves as a one-stop shop for connected devices that work with Alexa.

It’s similar to the sorts of control centers Google and Apple offer with their respective Home apps, with access to things like smart lights, plugs, cameras, thermostats, you name it. Similar functionality can also be found on the Echo Show devices. Fire tablets offer a pretty cheap way in to that functionality (so, too, might Fire TVs, going forward). And, of course, Amazon has also made efforts to improve Alexa functionality on the devices, essentially letting them double as inexpensive smart displays.

Perhaps the biggest piece of the puzzle, however, is the addition of smart home hub functionality on the new Echo. The fact was a bit under reported (Amazon, after all, started adding this functionality with previous Echo Plus models), but adding zigbee functionality for the $99 device should go a ways toward lowering that barrier of entry.