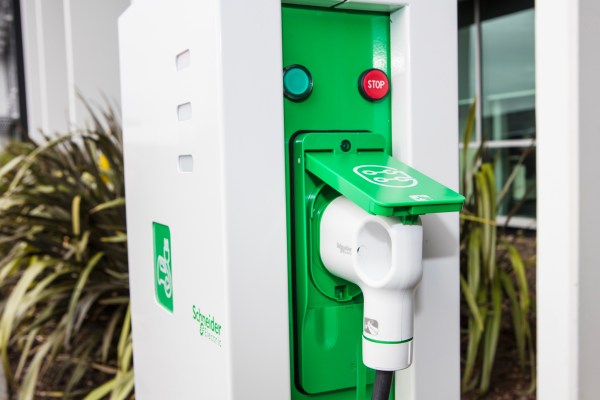 Among these are venture capitalists who are focused on climate change and who are excited by the prospect of a president who sees climate change as an existential threat, especially after the work of the Trump administration, which has officially reversed, rolled back, or revoked 70 environmental rules and regulations over the last four years.

Seth Bannon, whose seed-stage venture firm Fifty Years is focused on impact investing, is among those willing to ponder a President Biden and how his administration could most effectively boost climate tech while simultaneously dealing with COVID-19 and the economy. We had a quick chat about it earlier today.

TC: Joe Biden has a detailed climate plan. What do you think of it?

SB: The overarching way the Biden campaign has said his administration would approach climate change is pretty fantastic. It would invest heavily in R&D so we have great technological climate solutions, then use the scale of government to get technologies into the world. It wants to invest $400 billion in better, cheaper batteries for electrification, $300 billion for cleaner power plants — it’s a very exciting way of going about it. It’s a modern economic job creation plan and as a Silicon Valley builder, it’s exactly what you’d want to see. It’s not simply about passing more regulations, saying you can’t do this or that.  It’s predominately about building solutions that will get us out of this mess.

TC: If you were to talk directly with his team, what are some pieces of advice you might offer, based on the plan and what you see in your day-to-day work?

I would advise that they give that budget 10x DARPA’s budget, because the scale of this threat is 10x the threat we face from any foreign adversary.

I’d also model the way it works with startups after the way that both the National Science Foundation and the National Institutes of Health do it, where companies can apply for small grants — say $125,000 to $250,000 — and if they meet milestones and show the government data, maybe they’re given $1.5 million more. It would be a fantastic accelerant in the space and would make a huge amount of money available to companies investing in pure R&D to figure out carbon capture and using biology to decarbonize industries, using biology to move us away from animal agriculture — all these unsolved technological problems, and government money can be catalyst for getting these things off the ground.

Even more impactful would be if the government said to XYZ startup, ‘Here’s $250,000, and if you meet milestones, we’ll give you $3 million, and if you meet more milestones, we’ll buy your tech.’ Risk is technical, but there’s market risk, too. If the government says, ‘We’ll be your first customer,’ it could go a long way in getting the private market more interested.

TC: If Biden were to be elected, he’d obviously have to prioritize controlling this pandemic and getting Americans back to work. Practically speaking, what would he have time left to tackle and in what order?

SB: It should be an all-of-the-above approach. The exciting thing about climate tech is that there are a lot of different approaches to decarbonizing many industries and removing what’s in the environment. We have [in our portfolio] companies that decarbonizing food, fashion, data storage, transportation, chemicals, mining. Each component of the global economy only contributes 5% to 10% max [to greenhouse gas emissions], so we have to focus on decarbonizing a whole bunch of industries. If I had to choose a few to start, I’d say food, transportation, and energy.

TC: And if Trump gets re-elected?

SB: If Trump gets reelected, there’s no movement on climate tech, which is unfortunate. If you look at European countries, even conservative factions are starting to realize that investing in climate tech helps you to be more competitive. Even if you don’t believe in it, a lot of sustainability companies are building better products, more cheaply, period. But this administration just doesn’t see it that way and if he gets re-elected, a lot of the regulations we have on the books will continue to get torn away.

TC: You worked briefly in politics, as an operations director for Connecticut Governor Ned Lamont and an organizer for Obama presidential campaign. How are you feeling about tomorrow?

SB: As we sail into things, I feel pretty good. It’s not over until it’s over, but I feel pretty optimistic about where we are. I think the country is ready to heal.