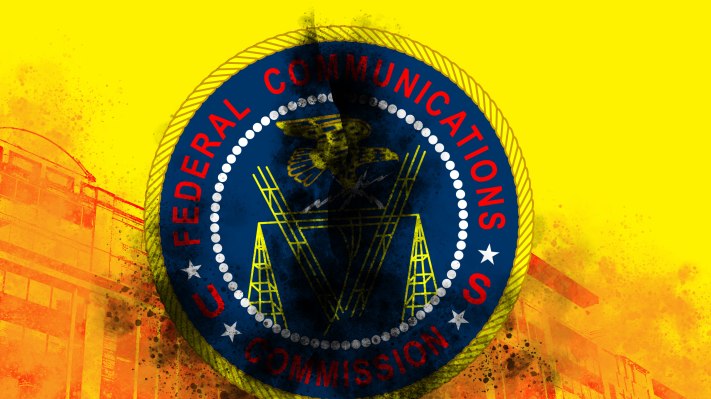 Two U.S. Representatives who oversee the FCC have asked the agency to respect the results of the election by abandoning any “partisan, controversial items under consideration.” This likely includes the FCC’s effort to reinterpret Section 230, an important protection for internet platforms, at the Trump administration’s request.

With the results of the 2020 presidential election now apparent, leadership of the FCC will undoubtedly be changing. As a traditional part of the peaceful transfer of power — and as part of our oversight responsibilities — we strongly urge the agency to only pursue consensus and administrative matters for the remainder of your tenure.

And his colleague at the House Commerce Committee, Mike Doyle (D-PA) adds:

We note that that you have previously welcomed calls from congressional leaders for the FCC to “halt further action on controversial items during the transition period.” We hope you will respect this time-honored tradition now.

For a receipt, the letter references Pai’s own call for this exact thing to happen almost exactly four years ago, referring in his turn to the same practice occurring eight years prior under the previous chairman. “I hope Chairman Wheeler follows his [2008 Chairman Kevin Martin’s] example and honors the wishes of our congressional leaders, including by withdrawing the four major items on the November meeting agenda,” Pai wrote in 2016 (PDF).

The matters scheduled for consideration during the upcoming November FCC meeting are not particularly partisan, though they could be considered major — there is, for instance, a new rule being looked at that would simplify satellite licenses.

The letter, then, almost certainly refers to the “absurd” announcement that the agency would revisit Section 230 only weeks before an election and seemingly at the express request of Trump himself (the FCC is an independent agency and cannot be forced to consider any rule changes).

This is most certainly a partisan matter, as there are not only dueling bills attempting to reform the law, which limits the liability of internet platforms for the content posted on them, but Trump has loudly and publicly blamed Section 230 for what he perceives as censorship of certain viewpoints on those platforms.

Even if the FCC had dropped everything and started working full time on its proposed review of Section 230, it could not have even issued a draft of any new rules or changes before the election, making the announcement seem nakedly political: an embrace of the Executive’s displeasure with the way the FCC currently interprets the law. Even in the best case scenario and unanimous support it would be many months before such a rulemaking could be accomplished.

I’ve asked the Chairman’s office if he intends to do as the letter asks, and will update this post if I hear back. Of course, to do so would tacitly acknowledge the victory of President-Elect Joe Biden over Trump in last week’s election, which few Republican leaders in the government seem willing to do.

While Pai considers, his colleagues, Commissioners Jessica Rosenworcel and Brendan Starks, have issued statements that they are eager to comply with the request from Congress.

“Historically, the FCC has honored the transfer of power from one Administration to the next by pausing any controversial activity. I urge FCC Chairman Ajit Pai to follow this past practice in order to ensure an orderly transition of agency affairs,” said Rosenworcel in her statement.

“As two of my Republican colleagues observed in 2016, it is long-standing Commission practice that, upon a presidential transition, the agency suspends its consideration of any partisan, controversial items until the transition period is complete. Our congressional leaders have called for Chairman Pai to respect this precedent, and I expect that he will abide by their request,” said Starks.

If the FCC accedes to the request, this and other items will be held until the new administration announces its plan for the FCC. Traditionally the previous Chairman resigns when a new administration is incoming, as Tom Wheeler did in late 2016, and a new leader is announced and confirmed the next year.

Written By
admin
More from admin
Hyundai developed an in-car payment system that will debut in its upcoming...
Read More