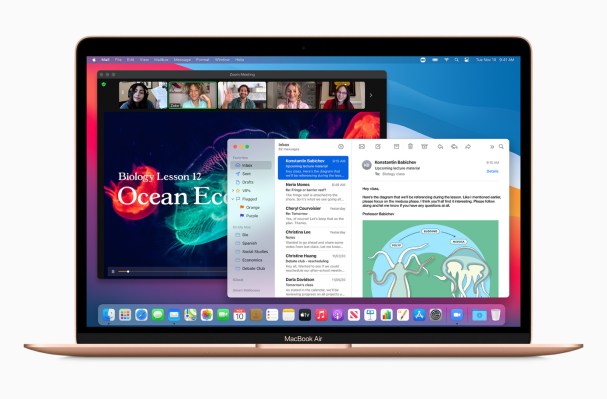 Apple announced today its new Apple Silicon Macs would be capable of running a wider range of apps than before, even in the case where an iOS developer hasn’t released a Mac-compatible version of their mobile experience. The company said MacOS Big Sur would support universal apps, which include the native binary version built for the Apple Silicon and the one for Intel Macs, as well as other apps that hadn’t yet upgraded to universal.

That means the new Macs can, for the first time ever, run users’ iPhone and iPad apps directly on their Macs, Apple said. This change will expand the selection of apps available for Mac devices.

Apple explained how this this is all possible, during its event. It said a new technology called Rosetta 2 would help M1 — the first member of the company’s Apple Silicon family — to run apps built for Intel-based Macs. Apple even noted that some apps would run better using Rosetta 2 than they did on Intel.

During its event today, Apple also showed off iPhone and iPad apps like HBO Max and Among Us running on its new Silicon Macs.

However, as a report from 9to5Mac pointed out earlier, Apple appeared to be allowing developers to opt out of its new unified app store. Among the developers it found who were not offering their apps on the new Mac App Store for Apple Silicon Macs, were Google (Gmail, Drive, Maps), Facebook (Facebook, Instagram, Messenger, WhatsApp), Amazon (Prime Video), Snapchat, and Disney+.

But these opt-outs may be a temporary measure.

Apple also talked about universal apps — meaning those built for both Apple Silicon and Intel processors — in more detail. Among the first to launch universal apps are companies like Omni Group and Adobe. In Adobe’s case, it will offer a universal version of Lightroom next month, and Photoshop early next year.

Universal apps can be downloaded both from the App Store and the web, Apple noted.

Of course, Apple has optimized all its apps for M1, as well, including every app that comes with MacOS, to all the other apps it publishes like Pages, Numbers, Keynote, GarageBand, iMovie, LogicPro, and Final Cut Pro.