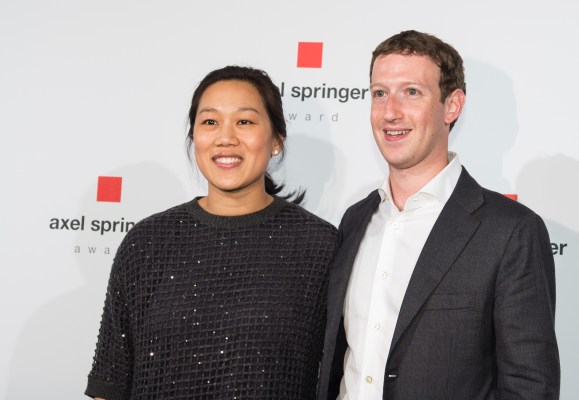 Ray Holgado, a former employee of the Chan Zuckerberg Initiative, recently filed a racial discrimination complaint with the California Department of Fair Employment and Housing. Holgado, who is Black, worked at CZI from September 2018 through August 2020.

“Despite its social justice rhetoric, CZI is not a welcoming environment for Black employees,” Holgado’s complaint states. “Black employees are underpaid, undervalued, denied growth opportunities, and marginalized. Black employees who want to advance within the organization are shut down and labeled as too assertive or aggressive, while non-Black employees are favored and encouraged. When Black employees have communicated these concerns to CZI leadership, CZI has responded defensively and failed to address the underlying issues. CZI has utterly failed to ‘build a more inclusive, just, and healthy future’ for its Black employees.”

In his complaint, Holgado alleges he was paid less than some of his colleagues doing similar work to him. According to the complaint, a recruiter denied Holgado’s request to negotiate his salary but later found out other, non-Black employees had been able to negotiate a higher salary. Holgado went on to describe other instances in which he was allegedly denied opportunities for promotions and growth, and was treated differently because of his race.

In addition to his own experiences, Holgado says the alleged issues of discrimination at CZI are systemic. According to the complaint, Holgado told CZI co-founder Priscilla Chan that the organization’s approach to diversity was successful in retaining Black people but didn’t do enough to empower Black employees “or integrate their perspectives into the work,” the complaint states. In response, according to the complaint, Chan acknowledged it was concerning but said “DEI may look different for each of us.”

In a statement to TechCrunch, CZI denied the claims.

“While we take any allegation of discrimination seriously and will do so here, this former employee’s specific allegations were previously raised internally, independently investigated, and found to be unsubstantiated,” the spokesperson said. “The Chan Zuckerberg Initiative is committed to fair treatment, access, and advancement for all members of the CZI team. We do not tolerate discrimination of any kind, full stop.”

This complaint comes after a group of more than 70 employees in June asked CZI to commit to 12 changes that would make the philanthropy more inclusive. Then, in August, The Washington Post reported that some Black employees were pushing CZI to approach more work through a racial equity lens. They wrote a letter to Chan, describing how CZI has issues with systemic racism, discrimination and anti-Blackness. Holgado was part of that group.

“Unfortunately, Chan once again failed to grasp the seriousness of the issues the letter raised, refusing to meet several of the group’s requests, most notably declining to provide transparency into CZI’s pay equity data as it related to Black employees,” Holgado wrote today on the National Committee for Responsive Philanthropy.”Instead of working through the plan of action that was put forth by Black employees, she tasked a recently hired chief operating officer with devising and implementing an alternative course of action. Having witnessed the dynamics of passing the buck and placating employees with half measures play out multiple times at the foundation, I recognized that further efforts would be in vain.”

TechCrunch has reached out to CZI and will update this story if we hear back.

Written By
admin
More from admin
Following a request from Apple, Foxconn could be shifting production out of...
Read More