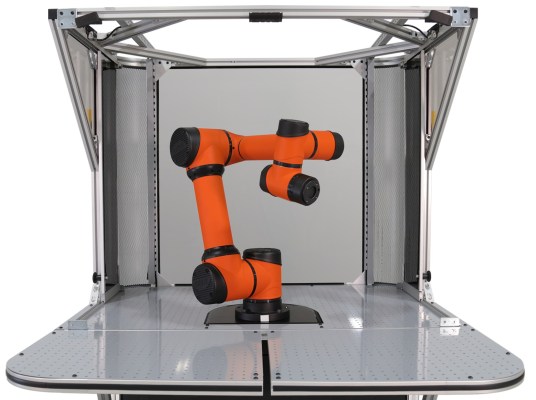 Bay Area-based Rapid Robotics today announced it has raised $5.5 million in seed funding in a round led by Greycroft and Bee Partners. The announcement comes during what has been a solid several months for robotics funding, and more and more companies are looking to automate workforces as the COVID-19 pandemic has ground a lot of productivity to a halt.

Manufacturing is one of the sectors of greatest interest on that front, as a business that can’t really afford to go on hiatus. That positions Rapid Robotics fairly well in the field. There are, of course, countless companies vying for a space in the massive industry.

Rapid’s primary value prop is in the training category. Getting robotics up and running in a factory can by an expensive and time-intensive process. The startup believes it has a unique offering with pre-programmed robotics that don’t require the same sort of training — and more or less work out to the box. On-board AI, meanwhile, assures that they’ll continue learning on the job, after they’re up and running.

The company’s primary robot is the Rapid Machine Operator, which factories can rent for around $25,000 a year. It features a six-joint robotic arm inside a safety work cell, computer vision and iPad for manual operation. It can perform a variety of manufacturing tasks, including part inspection, injection molding, pick-and-place and welding.

The company is pitching a potential return to U.S. manufacturing as a key selling point for the product. “Right now, billions of dollars of revenue are flowing offshore due to what I call ‘the automation gap’ for US contract manufacturers,” CEO Jordan Kretchmer said in a release. “The need to automate simple tasks is incredibly high, but the ability to do so has been out of reach for a vast majority of manufacturers. The Rapid Machine Operator is the first robotic solution to close that gap, making US manufacturers more competitive and supply chains more resilient.”

Bay Area-based Westec Plastics has been signed on as a customer.