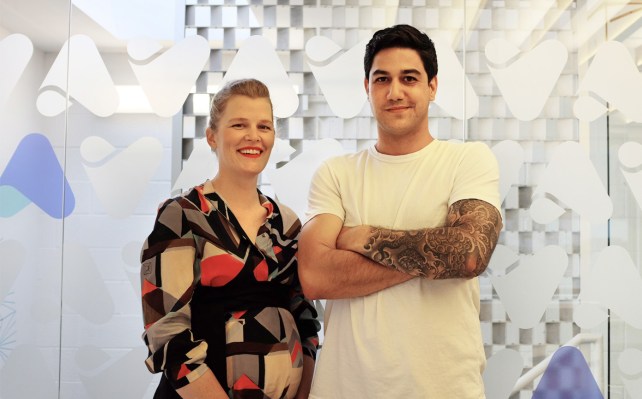 This morning AgentSync, an insurtech startup focused on agent compliance management, announced a new funding round worth $6.7 million.

The new capital will help AgentSync move faster, with co-founder and  CEO Niranjan Sabharwal saying that it is pulling hires earmarked for next year into 2020. He added that this most recent fundraising cycle consumed far less time than the round that preceded it.

TechCrunch asked what the company is calling this round, which was raised via a SAFE note instead of as a priced equity investment. Sabharwal said that it could be called a Seed-Extension, which seems reasonable.

The new investment was raised at a cap of around 4x its previous conversion ceiling.

In AgentSync’s case, it’s not hard to parse why the company was able to: It’s growing very quickly.

According to an interview with Sabharwal, the company has seen its revenue scale 4x since the start of the pandemic, and 10x in the last year. The timeframes around those metrics are slightly relaxed, but the raw growth underscores that AgentSync is onto something.

Sabharwal founded the company with his spouse Jenn Knight and recently moved the company’s HQ to Denver from San Francisco.

AgentSync’s product, born out of a tool that Zenefits developed while rebuilding itself, helps insurance companies and other players in the insurance space ensure that agents are compliant (hence its name). And while that conceit might sound like a modest effort, it’s a complex effort given a multi-stakeholder environment, regulatory conditions, and an antiquated market.

The company saw strong initial traction, reporting $1.9 million ARR during its August round. Doing some mental math, if AgentSync was doing around $1 million ARR in March, it would be at around $4 million ARR today. That feels roughly correct, given the 4x-since-March metric, and the $1.9 million ARR datapoint from mid-Q2 2020.

According to Sabharwal, AgentSync now has more than $10 million in the bank, meaning that the startup is very well capitalized to continue scaling in the coming quarters. New investor Sacks is bullish about how large AgentSync could become, telling TechCrunch in an email that its “market is huge,” and that the “insurtech revolution is [still] in its infancy.”

But while AgentSync is growing quickly and has found reasonable product-market fit — 17% of its net ARR today was driven by what the company descried as net-organic expansion, to pick an example — it still has the hallmarks of an early-stage startup like inconsistent sales cycle length, according to several deals that the CEO detailed during an interview. However, the company recently hired a sales team after a period of time when Sabharwal was in charge of  selling; the company’s selling process should accelerate in coming quarters.

The CEO told TechCrunch that until recently he was selling AgentSync solo with no enterprise sales experience. If he could do it, he reasoned, others will be able to as well. Sabharwal serves as the startup’s CEO, while Knight is its CTO.

Closing, Insurtech is hot, meaning that AgentSync is growing amidst fertile market ground and investor interest. Another few quarters of similar growth and we could be hearing about its Series A.

Written By
admin
More from admin
German e2e encrypted email provider Tutanota has been ordered by a regional...
Read More