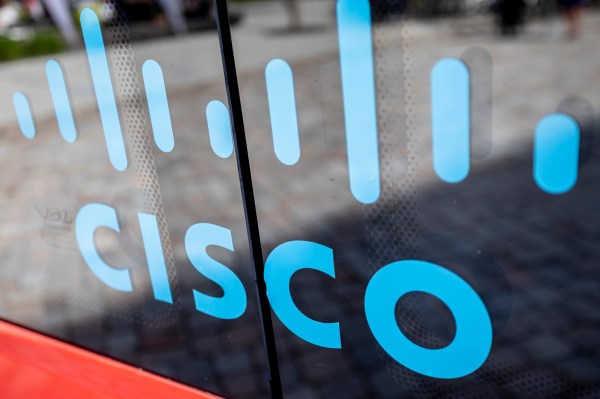 While Zoom continues to hold a lot of mindshare in the world of videoconferencing, Cisco’s WebEx division today announced an acquisition to underscore its own intention to keep its hat firmly in the game. It is picking up Slido, the company that lets people moderate questions and interactions from a larger group participating both in virtual conferences, as well as in live events.

Terms of the deal are not being disclosed but we are trying to find out. Bratislava, Slovakia-based Slido, according to PitchBook, had only raised about $40,000 in outside funding, but it had a notable profile in the business world, with customers ranging to a plethora of event customers that used it to manage Q&A sessions from the audience (TechCrunch has used it) through to government organizations and many others among its 7 million users.

The company had more recently come into its own as a useful way of engaging and managing engagement during large videoconferences with a number of participants when the “floor” was open to questions from the audience.

Cisco said it will be integrating Slido into its WebEx platform to let people respond to polls, ask questions and provide feedback. “The richness of this audience interaction technology will empower everyone to engage in new ways,” said Abhay Kulkarni, the VP and GM of WebEx. “It’s a great mechanism for providing audience engagement in real-time.”

The key with picking up Slido for Cisco is that it will be able to integrate the tool directly into WebEx, making it easier to engage for users of the video platform. It’s not clear if it will remain as a standalone product to use with WebEx competitors. We’re asking and will update as we learn more.

Written By
admin
More from admin
Used-goods marketplaces, an online staple since the beginning of the internet as...
Read More