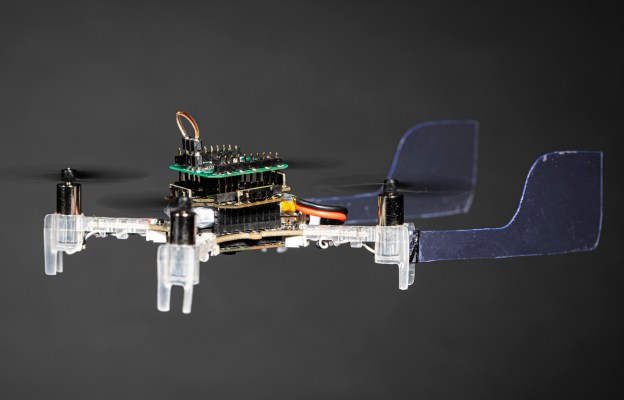 Sometimes it’s just not worth it to try to top Mother Nature. Such seems to have been the judgment by engineers at the University of Washington, who, deploring the absence of chemical sensors as fine as a moth’s antennas, opted to repurpose moth biology rather than invent new human technology. Behold the “Smellicopter.”

Mounted on a tiny drone platform with collision avoidance and other logic built in, the device is a prototype of what could be a very promising fusion of artificial and natural ingenuity.

“Nature really blows our human-made odor sensors out of the water,” admits UW grad student Melanie Anderson, lead author of the paper describing the Smellicopter, in a university news release. And in many industrial applications, sensitivity is of paramount importance.

If, for instance, you had one sensor that could detect toxic particles at a fraction of the concentration of that detectable by another, it would be a no-brainer to use the more sensitive of the two.

On the other hand, it’s no cake walk training moths to fly toward toxic plumes of gas and report back their findings. So the team (carefully) removed a common hawk moth’s antenna and mounted it on board. By passing a light current through it the platform can monitor the antenna’s general status, which changes when it is exposed to certain chemicals — such as those a moth might want to follow, a flower’s scent perhaps.

See it in action below:

In tests, the cybernetic moth-machine construct performed better than a traditional sensor of comparable size and power. The cells of the antenna, excited by the particles wafting over them, created a fast, reliable, and accurate signal for those chemicals they are built to detect. “Reprogramming” those sensitivities would be non-trivial, but far from impossible.

The little drone itself has a clever bit of engineering to keep the antenna pointed upwind. While perhaps pressure sensors and gyros might have worked to keep the craft pointing in the right direction, the team used the simple approach of a pair of large, light fins mounted on the back that have the effect of automatically turning the drone upwind, like a weather vane. If something smells good that way, off it goes.

It’s very much a prototype, but this sort of simplicity and sensitivity are no doubt attractive enough to potential customers like heavy industry and the military that the team will have offers coming in soon. You can read the paper describing the design of the Smellicopter in the journal IOP Bioinspiration & Biomimetics.

Written By
admin
More from admin
Wall Street investors can be fickle beasts. Take Salesforce as an example....
Read More