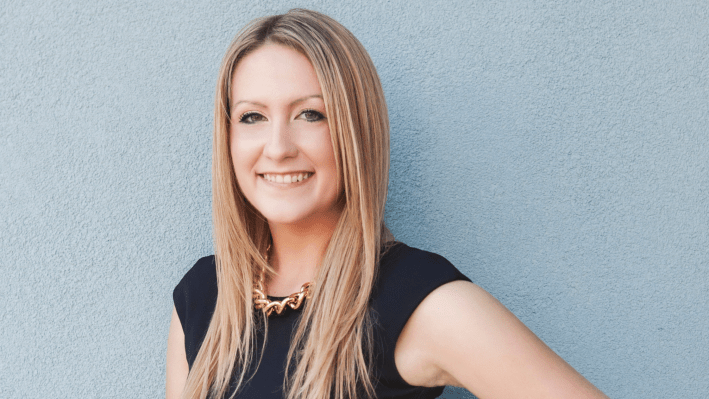 Better late than never. So it might be said of the Boston- and New York-based seed-stage firm Flybridge Capital Partners, which is today announcing that Anna Palmer has been promoted to general partner.

She is the first woman to hold the title at the 19-year-old firm.

It’s a nice distinction to have and Palmer sounds enthusiastic excited about the role, but she also suggests that as a longtime member of Flybridge’s community, the transition to a full-time position with the firm should be relatively seamless.

The Boston-based Harvard Law grad first met Flybridge cofounder Jeff Bussgang a decade ago as a student at the university, where Bussgang teaches on entrepreneurship. Flybridge later funded the second of two companies she has cofounded: Dough Collective, a membership community to discover, buy and save on products made by women. (Palmer previously co-founder Fashion Project, which collected online designer clothing donations, then delivered the proceeds from their sale to thousands of organizations before it ultimately sold itself in 2016.)

By 2017, Palmer was cofounding the seed-stage firm XFactor Ventures with another of Flybridge’s cofounders, Chip Hazard. At its launch, the organization featured nine partners altogether. Now it has 22 partners across six different cities who have collectively made 57 investments across two funds. Except for Hazard, all are women who run their own companies. They manage a collective $12 million in assets; Flybridge is among their limited partners.

XFactor’s overarching goal is to provide seed funding to other startups that are led entirely or in part by women founders. But it was also founded with the belief that “if we as women founders wanted to change things, we need more women VCs, and as women get experience [on both sides of the table] they will become general partners at other firms,” says Palmer.

That thesis seems to be paying off. Earlier this year, Aubrie Pagano, an XFactor investor whose online customizable shirt company Bow & Drape was acquired last year by a holding company, was brought into the New York venture firm Alpaca as a general partner. Palmer is the second proof point.

As for what she’ll be funding, Palmer told us in an interview earlier this week that she’ll be invest in both business-to-business and business-to-consumer companies and that her specific interest ties right now to “startups that have some sort of community-driven thesis, including commerce 3.0, marketplaces, and the future of everything economy.”

One area she’s is drilling into, for example, is “large marketplaces for local” given the opportunity she’s seeing. As she puts it, “Why is it easier for me to a Christmas ornament from Amazon than a store in Boston that’s five miles away?”

Asked if deal-making is as frantic in Boston as elsewhere, Palmer says it “absolutely” is owing to startups that are no longer limited by geography when it comes to fundraising. In the the Zoom era, a partner at every investment firm in the world is just a click away, and Flybridge is seeing it time and again in its portfolio, she suggests, pointing to one mobile gaming company funded by Flybridge that “ended up having gaming-specific funds interested from various geographies in just two to three days.” Last year, she notes, that wouldn’t be possible.

Because of the hyper-speed at which deals are moving, we also wonder if it’s a tricky time to be diving in as a full-time VC, but Patterson doesn’t sound daunted. “You’re leaning on expertise, which is easier to do in markets that you know incredibly well and patterns you’ve seen before. Between founding two companies and XFactors, I’ve had time to develop those theses about where I think the world is going.”

Flybridge is currently investing a sub-$100 million fund that it closed in early 2019. Palmer says the firm — which prefers to lead seed rounds, will typically invest anywhere from half a million dollars to $2.5 million, and whose biggest win to date may be the database software company MongoDB (its market cap is $16.8 billion on Nasdaq) — is likely to fundraise again next summer.

Written By
admin
More from admin
The pandemic-fueled economic uncertainty of the last year has led many to...
Read More