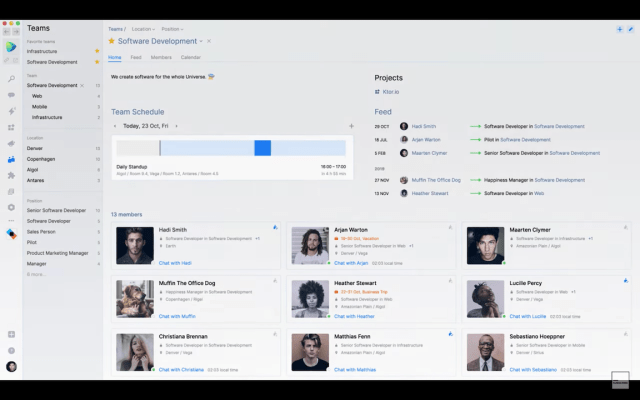 With Slack being acquired by Salesforce for $28bn, the world of collaborative tools for teams is on fire right now. Notion is super hot and last year Frame.io raised $50 million and Microsoft has Fluid. Now, after some months in private beta, JetBrains – which also makes development environments (IDE) for various programming languages — has publicly launched Space, an all-in-one collaboration platform for creative teams.

In beta since last year, JetBrains says it had over 35,000 requests from companies to join the beta.

Space combines general collaboration tools: chats, team and project management, meeting scheduling and documents with workflows for specific verticals. It covers the software development cycle and the startup will be adding domain-specific tools for other roles and departments in the future.

Maxim Shafirov, JetBrains CEO, said: “JetBrains started as a company of developers but now 40% of our team represent different creative roles: designers, marketing, copywriters, and others. We’ve built Space so we could still work together as one team and we believe other companies will benefit from it as well.”

Space provides free tier and subscription options, starting at $8 per active user per month for wider team collaboration. Space is available in the cloud but will also will have an on-premise version in the near future.

In the future, Space will have syncing with Google Calendar and Outlook, as well as integrations with other popular tools. In terms of extensibility, the team has introduced HTTP API, webhooks, Space Client SDK, custom fields, automations, and will be adding private and Marketplace applications soon, along with other extensibility features.

Written By
admin
More from admin
Debates over anti-competitive practices amongst China’s internet firms resurface every year in...
Read More