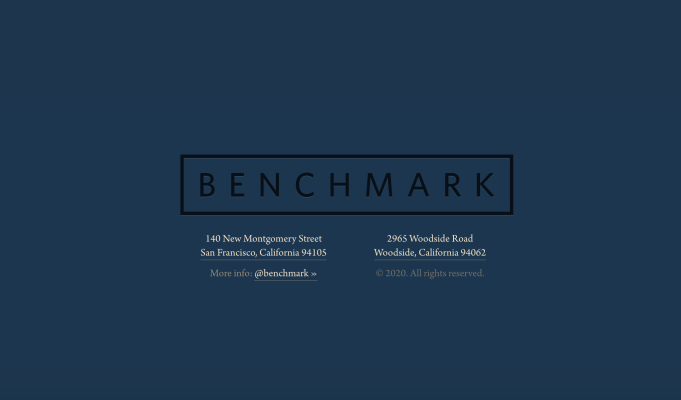 Benchmark, the storied venture firm, has brought aboard a fifth general partner: 29-year-old Miles Grimshaw, a Yale graduate who joins the outfit from Thrive Capital, where he similarly joined a team of four other partners back in 2013, helping then raise the firm’s fourth and fifth funds (per Forbes).

From his post as a general partner with New York-based Thrive, Grimshaw had sourced deals in some of today’s buzziest startups and served on their boards, including Lattice, Mapbox, Benchling and Airtable, getting to know fellow investors at Benchmark in the process.

He represented Thrive on the board of Benchling, whose software that helps lab scientists manage their biotech research, with Eric Vishria, who joined Benchmark as a general partner in 2014.

Grimshaw also represented Thrive on the board of the cloud collaboration software company Airtable with Peter Fenton, who became the longest-serving general partner at Benchmark this year, as famed VC Bill Gurley began transitioning out of an active role at the firm. (Fenton was poached from Accel back in 2006.)

And Grimshaw has been serving on a board with Benchmark’s Sarah Tavel, who was herself poached by the firm in 2017, from Greylock. The company is Supergreat, a two-year-old, New York-based site for beauty enthusiasts that’s building is a growing community of visitors who become reviewers, who then become shoppers and that represents one of Benchmark’s newest bets. (It was announced earlier this month that Benchmark led its $6.5 million Series A round.)

Before hiring Grimshaw, Benchmark’s newest general partner was Chetan Puttagunta, who joined the firm in 2018 from New Enterprise Associates, where he’d spent more than seven years.

Benchmark had made it known this summer that it was looking to bring aboard a fifth partner, one who likely completes the firm’s roster for now. As Fenton told us in September when he sat down with us at TechCrunch Disrupt event, Benchmark “can’t scale. When we’ve gotten above six partners, the firm doesn’t work so well.”

Fenton talked at some length about how Benchmark views the composition of its team, in fact. If you’re curious to learn more, you can watch that interview below.