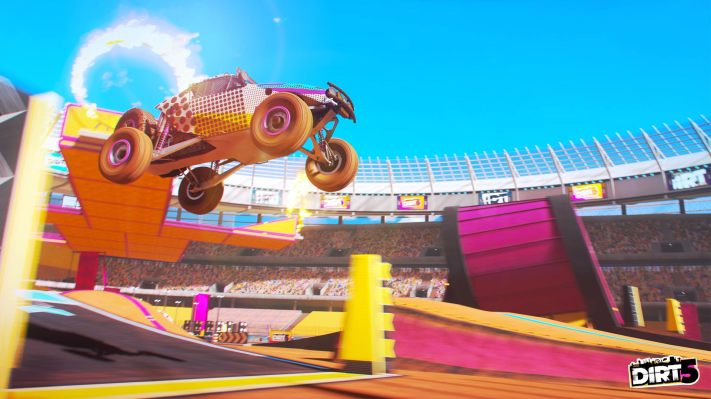 Everybody thought the deal was done — Take-Two was supposed to acquire Codemasters for nearly $1 billion. Take-Two even reached an agreement with the board of Codemasters. But Electronic Arts crashed the party at the last minute and offered even more money. EA now plans to buy Codemasters for $1.2 billion.

Sky News originally reported that EA was planning a knockout bid. Since then, EA has officially announced that it has reached an agreement with the board of Codemasters.

If you’re not familiar with Codemasters, the British game studio has been around since 1986, making it one of the oldest game studio still operating today. It has developed and published dozens of games. In recent years, the company has been focused on racing games across multiple franchises, such as Dirt, Dirt Rally, Formula One, Grid and (of course) Micro Machines.

EA is offering to buy Codemasters for £6.04 per share ($7.98) in an all-cash deal. The acquisition is expected to close during the first quarter of 2021.

EA has had a tumultuous relationship with racing games. It has created the Need for Speed franchise, which is one of the most popular racing franchises. But is has also neglected racing games in recent years, which led to disappointing games.

Similarly, EA has acquired Criterion Games in 2004 — the game studio behind Burnout games. But Criterion Games now mostly work as a secondary studio on Battlefield and Star Wars Battlefront games.

Codemasters will be able to take advantage of EA’s distribution resources, including EA Play, EA’s subscription service. It positions EA Play as an interesting subscription if you care about racing games.

2020 has been an important year of video game consolidation. Microsoft has been leading this trend with the acquisition of ZeniMax Media, the parent company of Bethesda, id Software and Arkane. Microsoft also acquired Double Fine Productions, Obsidian Entertainment and Ninja Theory in the past couple of years.