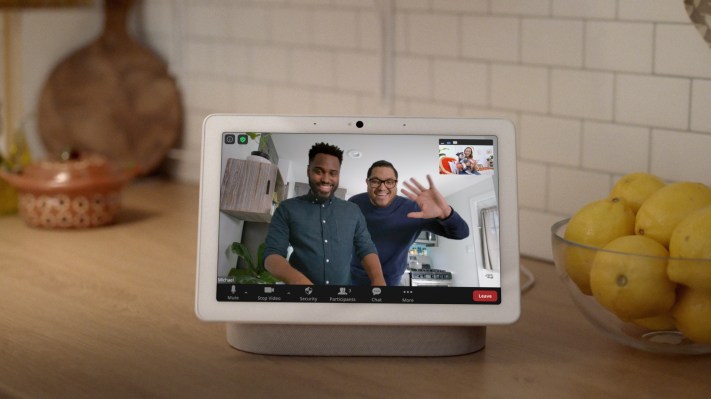 The Nest Hub Max is getting Zoom . Google outlined the arrival of the popular teleconferencing platform in a blog post today, noting that it has started to roll out for users in the U.S., U.K., Canada and Australia.

The much-requested feature is arriving as an “early preview,” essentially meaning that users will have to opt-in to receive the firmware prior to wide release — though the company insists that it’s not a software beta, offering essentially the same experience as the wide release version.

To use it, Nest Hub Max owners need a free or paid Zoom account. Users need to link their account to the device and add the invite to Google Calendar to host a meeting. The feature will also take advantage (where applicable) of a new feature for Google and Nest Wifi that prioritizes teleconferencing for wireless bandwidth.

Zoom is one of many video conferencing services already available on Facebook’s Portal line. Amazon announced in August that the software would be arriving on its Echo Show devices before the end of the year, but has yet to give a firm date. As for the standard Nest Hub, that Google display doesn’t have a camera for privacy reasons.

Written By
admin
More from admin
French startup Chefclub announced earlier this week that it has raised a...
Read More