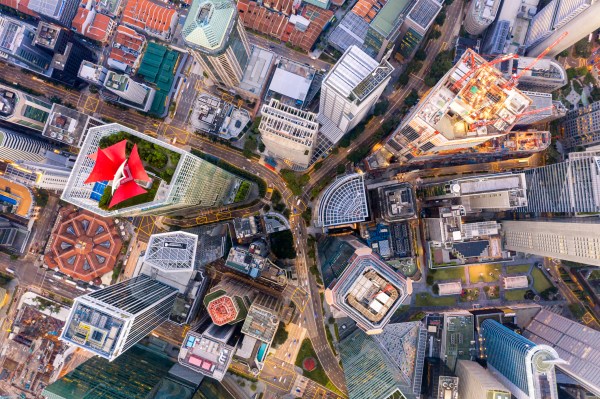 Tencent, ByteDance and Alibaba are reportedly planning regional hubs in the city-state, with ByteDance in particular expected to add hundreds of jobs over the next three years. They will join an international coterie of tech giants like Google, Facebook, Amazon, Stripe, Salesforce and Grab, that already have headquarters or significant operations, including engineering and R&D centers, in Singapore.

This means startups will have to compete more aggressively for talent. But having a diverse cluster of big tech companies helps the ecosystem by providing more resources, including mentorship and early funding opportunities, say Singapore-based investors. In the long term, the presence of global tech giants, coupled with homegrown unicorns like Grab, Sea (formerly known as Garena) and Trax, may also mean more exit opportunities for startups.

The Singaporean government continues to create new initiatives that make it attractive to tech companies and entrepreneurs.

While the United States-China trade war may have prompted Chinese companies like Tencent and ByteDance to move more of their operations to Singapore, it’s not the only reason, said AppWorks partner Jessica Liu, who oversees the venture firm and accelerator’s programs in Southeast Asia.

Many already had investments in Southeast Asian companies and were eyeing markets there as well, particularly Indonesia. “Some of it is probably due to the trade war over the past two years and other difficulties they’ve faced in the States,” she told Extra Crunch. “Strategically, they also have to find another big market with long-term potential for growth, and I think that’s why they are targeting Southeast Asia.”

Proximity to important growth markets isn’t the only reason tech companies find Singapore desirable. Regulations also play a role. Liu said, “The Singaporean government has already done a good job, from a policy and tax perspective, for startups and big tech companies to set up and incorporate in Singapore,” making the country an “intuitive” choice for regional headquarters.

A lot of what makes Singapore attractive to tech companies today can be credited to government initiatives that have been in play for more than a decade, said Kuo-Yi Lim, co-founder and managing partner at early-stage investment firm Monk’s Hill Ventures.

“One of its explicit mandates was to look at bringing in top-tier tech companies to set up shop in Singapore, and ideally focus on product development activities, in addition to marketing activities like sales,” said Lim. “That’s always been a very explicit part of the government’s strategy to grow the tech industry.”

Over the past few years, companies like Google and Facebook have set up substantial operations in Singapore, along with fast-growing startups like Twilio, which came in after receiving investment from Infocomm.

“That strategy has been in play for almost 10 years, even longer, and I think we’re seeing the fruits of that now, with ByteDance, as well as Tencent, et cetera,” Lim said. “In terms of impact, I would say in general it has been very positive in terms of the vibrancy of the ecosystem, bringing in more depth of talent across multiple functional areas and bringing more richness in the different types of players across different verticals.”

Other factors made Singapore an attractive base for tech companies, including the fact it is a primarily English-speaking country, has a large number of international schools and was already filled with other multinational companies.

“Between 2010 and 2020, Southeast Asia went through a sea change, a lot of mobile first, which made it more meaningful for companies to set up local operations,” said Lim. “All those dovetailed nicely during that time.”

The Singaporean government continues to create new initiatives that make it attractive to tech companies and entrepreneurs. For example, it recently launched the Singapore Blockchain Innovation Programme (SBIP), with the aim of helping companies commercialize blockchain technology.

Competing for the same talent pool

All this means that the pool of tech talent in Singapore, which has a population of 5.6 million, is in especially high demand. Moving teams of employees to Singapore can be expensive, said Liu, and as a result, many companies have satellite engineering teams in Vietnam, India and Taiwan, especially for front-end engineers.

Written By
admin
More from admin
Facebook and YouTube have removed a video posted by President Trump telling...
Read More