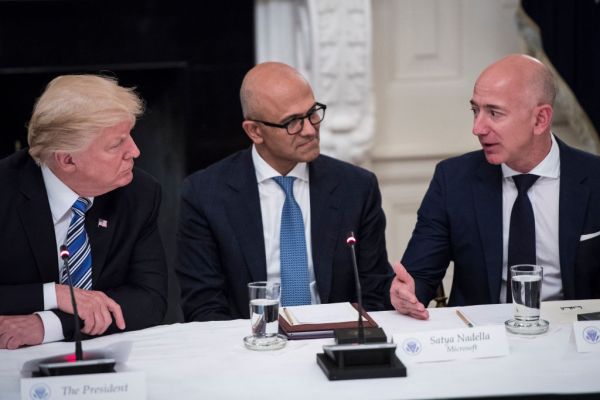 It’s been more than two years since the Pentagon announced its $10 billion, decade long JEDI cloud contract, which was supposed to provide a pathway to technological modernization for U.S. armed forces. While Microsoft was awarded the contract in October 2019, Amazon went to court to protest that decision, and it has been in legal limbo ever since.

Yesterday marked another twist in this government procurement saga when Amazon released its latest legal volley, asking a judge to set aside the decision to select Microsoft. Its arguments are similar to ones it has made before, but this time takes aim at the Pentagon’s reevaluation process, which after reviewing the contract and selection process, still found in a decision released this past September that Microsoft had won.

Amazon believes that reevaluation was highly flawed, and subject to undue influence, bias and pressure from the president. Based on this, Amazon has asked the court to set aside the award to Microsoft .

The JEDI reevaluations and re-award decision have fallen victim to an Administration that suppresses the good-faith analysis and reasoning of career officials for political reasons — ultimately to the detriment of national security and the efficient and lawful use of taxpayer dollars. DoD has demonstrated again that it has not executed this procurement objectively and in good faith. This re-award should be set aside.

As you might imagine, Frank X. Shaw, corporate vice president for communications at Microsoft does not agree, believing his company won on merit and by providing the best price.

“As the losing bidder, Amazon was informed of our pricing and they realized they’d originally bid too high. They then amended aspects of their bid to achieve a lower price. However, when looking at all the criteria together, the career procurement officials at the DoD decided that given the superior technical advantages and overall value, we continued to offer the best solution,” Shaw said in a statement shared with TechCrunch.

As for Amazon, a spokesperson told TechCrunch, “We are simply seeking a fair and objective review by the court, regarding the technical errors, bias and political interference that blatantly impacted this contract award.”

And so it goes.

The Pentagon announced it was putting out a bid for a $10 billion, decade long contract in 2018, dubbing it JEDI, short for Joint Enterprise Defense Infrastructure. The procurement process has been mired in controversy from the start, and the size and scope of the deal has attracted widespread attention, much more than your typical government contract. It brought with it claims of bias, particularly by Oracle, that the bidding process was designed to favor Amazon.

Note: The DoD did not respond to our request for comment. Should that change, we will update the story.

Written By
admin
More from admin
Wellory, a startup that bills itself as taking an “anti-diet approach” to...
Read More