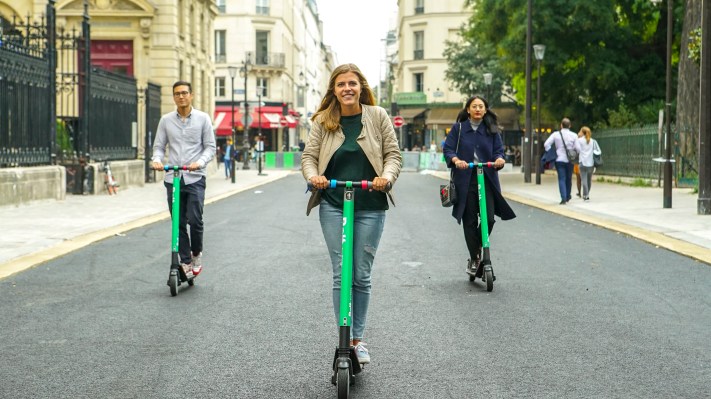 In the midst of a major second wave of coronavirus infections across Europe, an Estonian startup that’s building an on-demand network to move food and people around in cars, on scooters and on bikes across developed and emerging markets in EMEA is announcing a major round of funding.

Bolt, which covers 200 cities in 40 countries with its delivery and transportation services, has raised €150 million ($182 million at current rates) in an equity round that CEO and co-founder Markus Villig said in an interview will be used to double down on geographic expansion and to help it become the biggest provider of electric scooters in Europe.

Bolt currently has some 50 million customers using its services, and Villig has built the business around two main areas to differentiate it from the Ubers of the world: strong capital efficiency (or “frugality” as he describes it) and putting a heavy emphasis on services for emerging markets, alongside launches in cities like London and Paris and, soon, Berlin.

“This round was the first time we raised with most of the previous round still in the bank, despite the pressures of Covid” he said. “This shows the frugality of the company. Due to lockdowns, we were not as aggressive as we would have liked to be, so financially we are now in a very good position for 2021.”

The round is being led by D1 Capital Partners with participation also from Darsana Capital Partners. D1 has this year been a huge player in growth rounds for some of the very biggest startups: it has made investments in eyewear giant Warby Parker, gaming engine maker Unity, car sales portal Cazoo, and fintech TransferWise, collectively with valuations into the multiple billions of dollars.

On that note, Villig wouldn’t disclose what Bolt’s valuation is but said that it was closer to the multiples of 1.5x on GMV, a la the recently listed DoorDash, than it is closer to “others” in the transport space that are seeing valuations closer to 0.5x.

He also confirmed to me that Bolt is doing about €2 billion in GMV currently annually, which would give it a valuation, by his hinted calculations of €3.5 billion ($4.3 billion). No comment from Villig on my number crunching, but he also didn’t dispute it.

For some context, in May of this year Bolt was valued at $1.9 billion after raising just over $100 million. At the time, it said it had 30 million users, so it’s added 20 million in about six months.

The company’s rise has been an interesting counterpoint to the likes of Uber, which built its business with early, aggressive — and as it turned out, very costly — growth into multiple markets and product areas, a number of which it has more recently been divesting (see also here, here and here for other examples).

Founded originally as Taxify and slowly growing the business just around ride-hailing for a number of years in less-scrutinized emerging markets, the company rebranded in 2019 as it kicked its strategy into a higher gear, with launches in cities like London and a move into micromobility, primarily around electric scooters. Its current list of biggest markets reflects that mix: Villig said they were the UK, France, South Africa and Nigeria.

Not all of that has been smooth, with too-aggressive moves, such as a failed initial launch in London — scuppered when regulators quickly responded to its attempt at exploiting a loophole to get a license — quickly burning the company (and possibly teaching Villig a lesson he’s tried to remember going forward).

Even with the shift, Villig said that his aim is to keep the company operating on the same frugal ethos when it comes to considering new investments and how to grow. He noted that in this year that has seen so many job losses, in particular in businesses that have seen massive drops in uses, Bolt has not laid off anyone.

It’s interesting, indeed, to see how and which companies choose to “zig” while others “zag” at the moment. The food delivery business is a case in point. We are seeing a number of consolidations underway, with Uber acquiring Postmates, and Just Eat Takeaway (itself a big merger) acquiring Grubhub. Alongside that there have also been a number of closures of smaller players that found it too costly to try to scale.

“What most people have not realized is that the food part is what we are most optimistic about,” Villig said. “Currently we are adding restaurants by the day. There are cost synergies on a lot of fronts, including the supply side, where drivers can serve passengers and food. But also today we have had to decline some drivers for car-based services because they don’t have the right licenses, but now we can offer them to carry goods on bikes, which doesn’t require that license at all. We can offer something to drivers that we weren’t able to do. And what that means is no need to spend money on finding drivers.”

He said Bolt was “lucky” to get into food, even as late as 2019 since restaurants that were already interested were augmented by a new wave of them in the wake of the health pandemic and forced closures and reduced diners overall in venues. “They were all keen to get additional income and were eager to try out new platforms,” he said.

That willingness to find the way ahead even in what looks like a murky or hard market is what has brought investors around this time. Villig said they were already talking to a lot of them, and so it made sense to close the round to prepare for 2021.

“We are excited to partner with Bolt as they continue to build a market-leading mobility platform across Europe and Africa,” said Dan Sundheim, founder of D1 Capital, in a statement. “The team has executed incredibly well during a challenging year and continues to provide millions of users with safety, flexibility and great value. We are optimistic about the growth opportunity ahead for Bolt after the COVID-19 pandemic and look forward to supporting the team as they invest in innovation over the coming years.”

Written By
admin
More from admin
After operating in the red for 14 years, JD.com’s logistics subsidiary is...
Read More