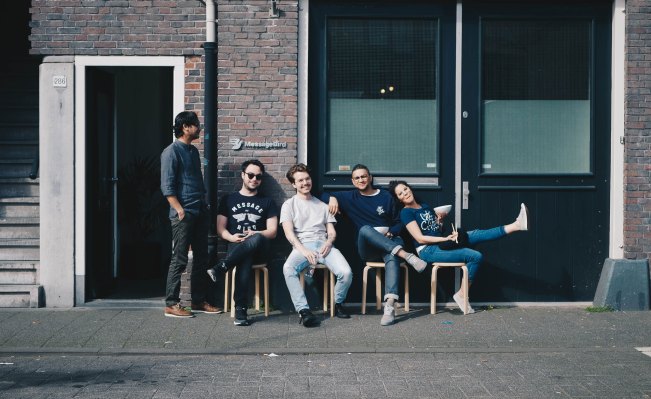 The acquisition price is $35 million, and sees Pusher co-founder and CEO Max Williams and the 25-person Pusher team join Amsterdam-headquartered MessageBird . (In 2018, Pusher told TechCrunch it had a team of 60, so there has obviously been some cost-cutting in recent years.)

The Pusher product will be kept independent for existing customers, while Pusher’s tech, with its focus on in-app notifications and a developer-friendly API and SDKs built around “push,” will help plug a gap in MessageBird’s own communication platform, which is stronger in SMS and messaging-first channels such as Facebook Messenger, WhatsApp, Line and WeChat, etc. Specifically, Pusher is said to bring features like in-app messaging, push notifications and location tracking.

“The deal opens up a host of new tools and features that will help MessageBird’s customers talk to their customers in even more ways than before,” says MessageBird.

Founded in 2011, Pusher aimed to lower the barriers for developers who want to build real-time features into their websites and apps. This was originally delivered via a general purpose real-time API and supporting cloud infrastructure, enabling app developers to more easily build things like rich push notifications, live content updates and various real-time collaboration and communication features.

However, more recently the company had begun rolling out additional offerings dedicated to specific real-time functionality. The first of those was Chatkit, an API and SDK intended to do a lot of the heavy lifting required to add chat functionality to an app or service. This has since been extended to also include charts and location tracking/maps. Pusher customers include GitHub, Mailchimp, CodeShip and The Financial Times.

Meanwhile, MessageBird was originally seen as a European or “rest of the world” competitor to U.S.-based Twilio — offering a cloud communications platform that supports voice, video and text capabilities all wrapped up in an API — but has since repositioned itself as an “Omnichannel Platform-as-a-Service” (OPaaS). The idea is to easily enable enterprises and medium and smaller-sized companies to communicate with customers on any channel of their choosing.

Out of the box, this includes support for WhatsApp, Messenger, WeChat, Twitter, Line, Telegram, SMS, email and voice. Customers can start online and then move their support request or query over to a more convenient channel, such as their favourite mobile messaging app, which, of course, can go with them. It’s all part of MessageBird founder and CEO Robert Vis’ big bet that the future of customer interactions is omnichannel.

Therefore the acquisition of Pusher looks like a good fit, overall. London and Amsterdam are close geographically and with similar time zones, while MessageBird is transforming into a remote-first company anyway. There is also arguably enough product overlap but also genuine gaps to make the pairing a no-brainer.

In a short call with MessageBird CEO and founder Robert Vis, he talked up Pusher’s tech and team and pressed home his belief that it is important that startups exiting find a “good home,” rather than simply being acquired and then disappearing without a trace. Likewise, if MessageBird wants to be truly omnichannel, a really good “push” API and product suite is needed. The next decision was then whether or not to acquire or build, and, in this instance, teaming up with Pusher was deemed the best way forward.

Meanwhile, Vis advised me to expect a lot more M&A in the omnichannel and messaging platform space. Not just from MessageBird as it heads toward a potential IPO, but also from competitors.

Written By
admin
More from admin
Spotify confirmed today it has begun to roll out support for standalone...
Read More