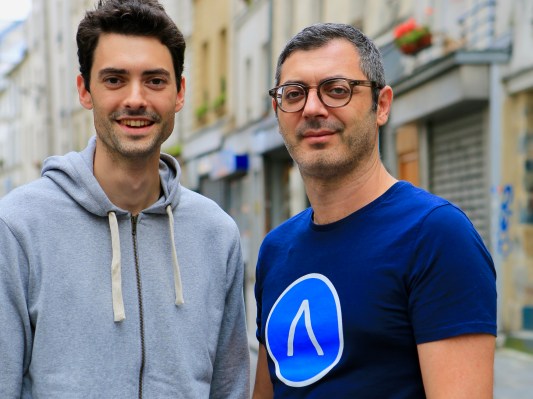 French fintech startup Lydia has extended its Series B round. Accel is leading the extension with all major existing shareholders also participating. Lydia first raised $45 million in January 2020 — Tencent led that investment. The startup is now raising another $86 million, which means that Lydia has raised $131 million in total as part of its Series B round.

While Lydia wouldn’t discuss the valuation of the round, its co-founder and CEO gave me a hint. “The value of the company has really significantly increased between the two parts of the B round,” he told me.

Interestingly, Amit Jhawar is heading this investment for Accel. He joined Accel as a venture partner in July and he’s going to join Lydia’s board of directors.

Jhawar joined payments company Braintree in 2011 as COO and CFO. Shortly after, Braintree acquired peer-to-peer payment app Venmo. “When we acquired Venmo it was only 15 people. They had just released their mobile app in April of 2012,” Jhawar told me in a phone interview.

PayPal later acquired Braintree and Venmo — Jhawar stuck around until early 2020 to scale Venmo to the huge fintech consumer app that 52 million people use in the U.S. Jhawar believes that peer-to-peer payments represent the beginning of a long-term consumer relationship.

“You know that P2P is successful when they leave money in their account because they’re going to come back,” he said.

Back in 2014, when I first covered Lydia, I called it the Venmo for France — they had only raised €600,000 back then. It seems like Jhawar agrees with that take. Since then, Lydia has grown quite a lot and has expanded beyond peer-to-peer payments in various different ways.

With Lydia, you can send money to another user in just a few seconds. You don’t have to enter an account number in your banking app — as long as you know their phone number, they’ll receive your payment.

If you have money in your account, you can choose to spend it directly using a Visa debit card. Lydia lets you generate a virtual card that works with Apple Pay and Google Pay — you can also order a plastic card.

Lydia also supports direct deposit as you get your own IBAN in the app. You can also create money pots and send a link to other users, view your bank accounts in Lydia, donate money to hospitals and charities, get a credit line, etc.

But there’s one killer feature that stands out over the rest. Bank accounts tend to be monolithic and don’t reflect how you use money. “If you look at banks today, they call the main account a checking account. It’s outdated by design,” Chiche said.

You can move money from one account to another by swiping your finger across the account grid. As you can have multiple contributors and you can change the account associated with your debit card, it means that money flows more naturally. It feels like using a messaging app, not a financial app.

And it’s been working well in France. The company now has over 4 million users. Transactions have doubled over the past year, which means that usage is accelerating.

“Lydia has the largest P2P network in Europe outside of PayPal and has the potential to grow all across Europe with a mobile-first, customer-focused solution. This will bring demand for incremental consumer financial products and high merchant interest to accept the payment,” Jhawar told me in an email.

And 2020 has been a busy year for Lydia. The company has just released a complete redesign to better position the app as a super app for financial services. All the interactions and all the main tabs have been changed.

Lydia also re-launched its premium offering with two new premium plans that offer you higher limits over the free plan and an insurance package for the most expensive offer. Those plans are more in line with what the app offers today and should contribute to the company’s bottom line. “The next step is bringing Lydia to profitability and it’s something that has always been important for us,” Chiche said in a recent interview.

Behind the scenes, Lydia has also upgraded many core features, such as migrating cards to a new infrastructure, adding alerts to account aggregation, supporting instant SEPA transfers to bank accounts, etc.

In 2021, the company plans to build on top of that new foundation with more financial products. “We’re going to try every single product — credit, savings, investment,” Chiche said.

The company is also slowly expanding to more countries. But it wants to offer a product that feels like a local product with a local card and a local IBAN to increase acceptance rates. Lydia is starting with Portugal.

Written By
admin
More from admin
ViacomCBS executives held a virtual investor event today where they outlined the...
Read More