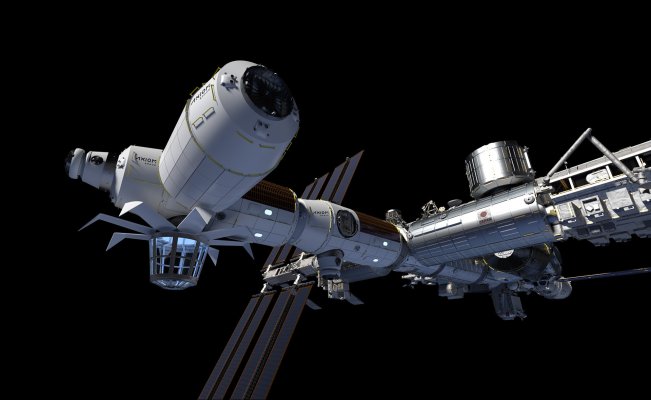 If you’ve ever heard someone refer to the idea of ‘working in space,’ you’d be forgive for thinking they were describing a science fiction plot. But the number of humans actively working beyond Earth’s atmosphere – and living significant chunks of their lives there, too – is about to start growing at a potentially exponential rate. Given how small that population is now, the growth might look slow at first – but it’s happening soon, and plans are in place to help it start ramping up quickly.

The main company leading those plans in the near-term is Axiom Space, a private space station service provider, and eventual operator. Axiom is founded and led by people with International Space Station experience and expertise, and the company already operates R&D missions on behalf of private clients on the ISS with the help of NASA astronauts. It’s planning to begin shuttling entire flights of private astronauts to the station starting in 2021, and it’s also building a new, commercial space station to ultimately replace the ISS on orbit once that one is decommissioned.

Axiom Space’s Chief Business Office Amir Blachman joined us at TC Sessions: Space last week, on a panel that included NASA Chief of Exploration and Mission Planning, Sierra Nevada Corporation Senior Vice President and former astronaut Janet Kavandi, as well as Space Exploration Architecture (SEArch+) co-founder Melodie Yashar. The panel was focused on how public and private entities are preparing for a (relatively near) future in which humans spend more time off Earth – and further away from it, too.

“It’s now it’s, it’s been now for a couple years already,” Blachman said, in response to a question about how far off humans beyond NASA astronauts living in space actually is. “Axiom, sends crews to the International Space Station today on our own missions, while we’re building the new commercial space station that will succeed ISS when it’s decommissioned. Our first mission with a crew of four astronauts launches 12 months from now, and the four crew members have already gone through medical, they’ve done their suit fittings, we’ve already integrated our medical operations and training team with our launch provider. We’ll launch that crew in 2021, another crew in 2022, two crews and 2023, four in 2024 – and it grows from there.”

Both Blachman and Meranci talked about the importance of automation and robotic systems on both Axiom’s future commercial space stations, and on NASA’s future habitats on the lunar surface, and on the lunar Gateway that will remain in orbit around the Moon and act as a staging ground for lunar missions.

“ISS was meant to be tended all the time,” Meranci said. “It’s not meant to be an uncrewed station. And while the flight controllers on the ground do a lot of the actual operation of it, it’s meant to have people there to perform maintenance. We don’t have that luxury, when you start talking about the lunar architecture, the Gateway will be tended only when the crew arrives, and the stuff on the surface will be tended only for, you know, a week at first and then longer over time. But you still want to have all of those things be capable of doing useful science or useful exploration even without the crew. So the ability to do tele robotics, maintain things via ground command and things like that so that when the crew arrives, they can just throw the hatch open and get to work would be the ideal state.”

We’ve been working under the assumption that these habitats and critical infrastructure on Mars, and now more recently on the Moon should be constructed, and should be thought of as being constructed, as autonomously as possible,” Yashar added. “So we typically design for precursor missions, which would happen even before a crew arrives, hoping that almost all of the systems through construction, materials, excavation, materials handling, and all of the other systems that we’ve been looking at would more or less happen as autonomously as possible.”

Kavandi, too, echoed the sentiments of the others with regards to the degree to which modern human space systems will incorporate automation. I asked whether that would introduce complexity, but she said that rather, it should accomplish the opposite. Somewhat ironically, the path forward for human activity in space actually involves a lot less human activity – at least when it comes to the business of operating and maintaining in-space infrastructure.

“Advanced technology thing can sometimes add simplicity,” “As we’ve increased our capabilities over the years, with computers, for instance, they’ve become easier to use, not harder to use. The objective is to try to minimize crew time and crew maintenance so that you can concentrate your time, your time for doing research, or whatever it is that you’re supposed to do up there, whatever your mission happens to be. So the more we can simplify the interfaces, the more that we can have automation, where the crew only has to intervene when something is going wrong, but generally thingsgo smoothly, and they don’t have to do anything, that is an ideal situation. And in that case, you have a lot more free time available to then actually do the work that you’re up there for.”