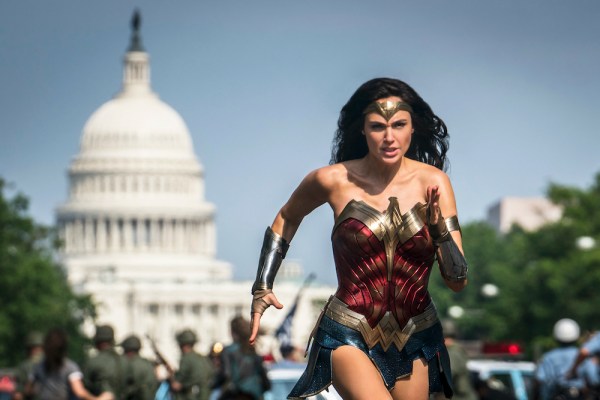 “Wonder Woman 1984” was released on HBO Max on Christmas Day, where it quickly divided the hosts of the Original Content podcast.

Perhaps it was predictable that Anthony — a fan of clunky-but-ambitious superhero sequels like “The Dark Knight Rises” and “Avengers: Age of Ultron” — enjoyed the film. Darrell, meanwhile, took the side of most critics, who found the movie exasperating and even, at times, mystifyingly bad.

The biggest surprise was Jordan, who disliked the first “Wonder Woman” and actually preferred the sequel, thanks in large part to Kristen Wiig’s portrayal of the villainous Cheetah.

Everyone agreed that there were plenty of problems, including some slipshod and confusing plotting, as well as a portrayal of Wonder Woman that’s defined entirely by her longing for Steve Trevor, the Chris Pine character who died at the end of the first film but returns here under mysterious circumstances.

But where Anthony found the overall arc of the film — rewriting the melancholy love story of “Superman II” as a parable about capitalism and climate change — and its big emotional moments to be surprisingly affecting, Darrell thought the entire final act was ludicrous, with some of the worst CGI ever seen in a big-budget film.

In addition to debating the merits of “Wonder Woman 1984,” we also discuss our top streaming picks from the past year.

You can listen to our review in the player below, subscribe using Apple Podcasts or find us in your podcast player of choice. If you like the show, please let us know by leaving a review on Apple. You can also follow us on Twitter or send us feedback directly. (Or suggest shows and movies for us to review!)

Written By
admin
More from admin
It’s been about a year and a half since Amazon released the...
Read More