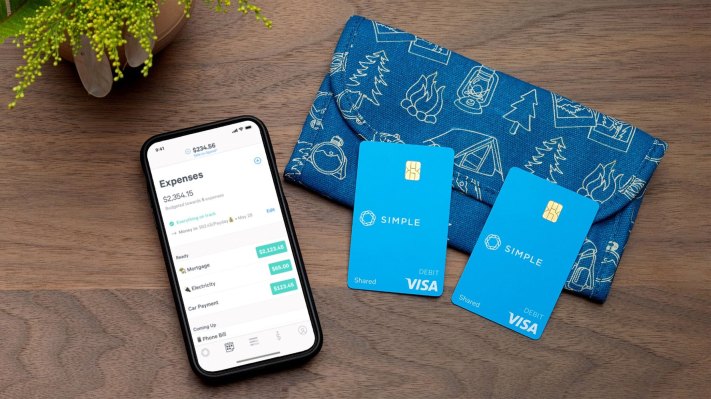 Some consolidation is underway in the world of challenger banking apps. BBVA today told users of Simple — the pioneering mobile and online banking app that it acquired for $117 million in 2014 — that it is planning to shut down the service, moving accounts to BBVA in the process.

In a note it sent out earlier today to users — being shared on Twitter by a number of them — that it will be transitioning their accounts to be serviced by BBVA USA, which already housed the accounts.

“BBVA USA has made the strategic decision to close Simple,” the note reads. “There is no immediate impact to your accounts at Simple and nothing you need to do at this time. Since your deposits are already housed at BBVA USA, they will remain in FDIC insured accounts there, up to the applicable limits. In the future, you Simple account will become exclusively services by BBVA USA, but until then you can continue to access your account and your money through the Simple app or online at Simple.com.”

Users will receive more details in the future about the transition to BBVA, the note continued.

The response from Simple customers has been predictably downbeat. Users migrated to the service specifically to have a faster and more modern experience compared to what they were getting through previous, incumbent providers.

And even though Simple ultimately ended up getting acquired by one of those incumbents — BBVA, headquartered in Spain, is one of the largest banks in the world — it was run largely independently of its owner, as part of BBVA’s attempt to bring on more modern services to attract a younger class of users.

We have contacted both BBVA and Simple for further comment. So far, it looks like only the emailed notification is the only announcement of the changes: there are no alerts within the bank’s mobile app, or on the Simple website.

It is unclear how many users Simple has currently. It had around 100,000 users when it was acquired back in 2014, and some might say that the startup was ahead of its time.

In the years between it launching and now, we’ve seen an explosion in the number and popularity of of so-called neobanks or challenger banks around the world, including Nubank, Chime, Current, N26, Revolut, Monzo, and many more turning what seemed like a radical concept into one that is now fairly commonplace.

Tapping into using a set of APIs to bundle services, and sitting on top of other banks’ infrastructure, these neobanks are more fleet of foot, and provide more modern interfaces on more modern platforms (such as mobile apps), foregoing some of the traditional trappings of banking like visiting physical locations and transacting with tellers, and replacing them with algorithms that, for example, help people manage their finances through the month by analyzing their spend and suggesting ways to save money or organize their finances in a better way.

The turn in events for Simple plays into some of the precariousness of using newer “challenger” banking services: there is always a risk with smaller services that they might not stick around as solidly as their incumbent counterparts — although recent years and bigger banking crises have definitely overturned some of those concepts.

For its part, Simple has not always been perfect. The company has at times turned off certain features — such as Bill Pay, or types of customer accounts — without warning, leaving users scrambling to replace them alternatives.

The question will be now whether users decide to stick with BBVA or turn to exploring another challenger: there are, after all, many options to consider these days.

Written By
admin
More from admin
As cybersecurity continues to grow in profile amid an increasingly complex and...
Read More