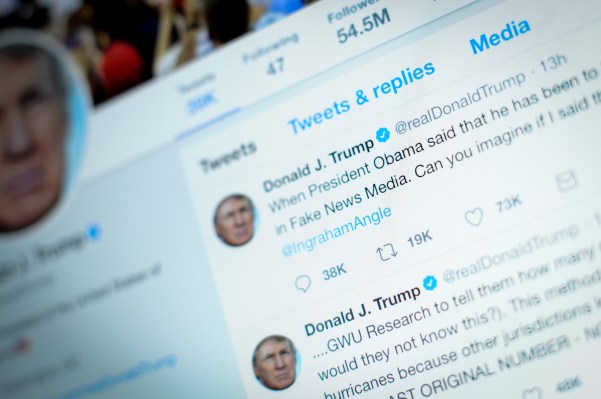 Color of Change, the nonprofit civil rights advocacy group, along with a growing number of other organizations called for social media companies such as Twitter and Facebook to remove President Donald Trump from the platforms, following a chaotic day of protests and rioting that led a mob of pro-Trump supporters to storm the U.S. Capitol and prompted a lockdown and an evacuation of lawmakers.

Color of Change and other activist organizations have said that major tech and financial service companies are complicit in the insurrection in Washington D.C. and called for social media to take action. Twitter  has locked the President of the United States’ Twitter account and forced the removal of three offending tweets, but the social media platform has not removed him from the platform altogether. The lock of the Twitter account will last for at least 12 hours.

The organization also has launched a petition that people can use to make a direct appeal to Twitter CEO Jack Dorsey. The petition reads:

Donald Trump has historically violated your terms of service with impunity and now, as a result of his promotion and facilitation of today’s chaos, insurrectionists have stormed our Senate building leaving Senators, staffers, and building employees fearing for their lives. Trump’s tweets have endangered the lives of millions of Americans, from his rants cheering on white supremacists to now advocating for the National Guard to use deadly force against Americans who are protesting against police killings. There is no excuse for allowing this dangerous user to exploit your platform It’s time to #KickTrumpOffTwitter.

Numerous other activist organizations, business groups and tech leaders have used social media to condemn the events Wednesday. Accountable Tech, an ethics organization, tweeted Wednesday that the violent assault has been heartbreaking, but not expected. “Sadly, Twitter and Facebook’s preparedness and response has been wildly inadequate. Simply labeling incitements of violence is not enough.”

The violent assault on the Capitol today has been heartbreaking, but not entirely unexpected. Sadly, Twitter and Facebook’s preparedness and response has been wildly inadequate. Simply labeling incitements of violence is not enough.

Other organizations such as the U.S. Travel Association, the Jewish Council for Public Affairs and Business Round Table offered their own condemnations of the events, but didn’t directly criticize social media for its involvement.

Business Roundtable, whose members are chief executive officers of major United States corporations, focused efforts on Trump and called for an end to the chaos and a peaceful transition of power. Others such as the National Association of Manufacturers used stronger language, noting that the protesters supporting Trump was an act of “sedition” and “mob rule” and urged Vice President Mike Pence to “seriously consider” invoking the 25th amendment.