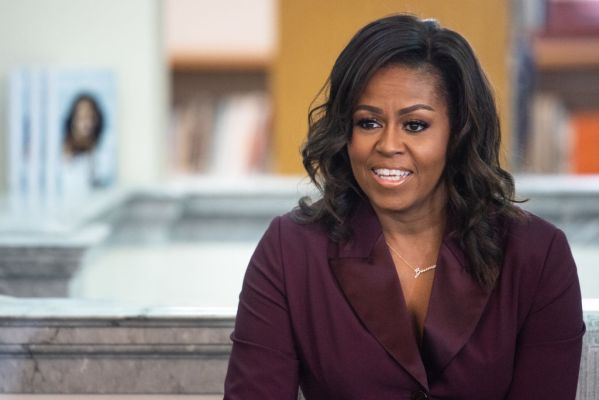 In a new statement issued by former First Lady Michelle Obama, she calls on Silicon Valley specifically to address its role in the violent insurrection attempt by pro-Trump rioters at the U.S. Capitol building on Wednesday. Obama’s statement also calls out the obviously biased treatment that the primarily white pro-Trump fanatics faced by law enforcement relative to that received by mostly peaceful BLM supporters during their lawful demonstrations (as opposed to Wednesday’s criminal activity), but it includes a specific redress for the tech industry’s leaders and platform operators.

“Now is the time for companies to stop enabling this monstrous behavior – and go even further than they have already by permanently banning this man from their platforms and putting in place policies to prevent their technology from being used by the nation’s leaders to fuel insurrection,” Obama wrote in her statement, which she shared on Twitter and on Facebook.

The call for action goes beyond what most social platforms have done already: Facebook has banned Trump, but though it describes the term of the suspension as “indefinite,” it left open the possibility for a restoration of his accounts in as little as two weeks’ time once Joe Biden has officially assumed the presidency. Twitter, meanwhile, initially removed three tweets it found offended its rules by inciting violence, and then locked Trump’s account pending his deletion of the same. Earlier on Thursday, Twitter confirmed that Trump had removed these, and that his account would subsequently be restored twelve hours after their deletion. Twitch has also disabled Trump’s channel at least until the end of his term, while Shopify has removed Trump’s official merchandise stores from its platform.

No social platform thus far has permanently banned Trump, so far as TechCrunch is aware, which is what Obama is calling for in her statement. And while both Twitter and Facebook have discussed how Trump’s recent behavior have violated their policies regarding use of their platform, neither have yet provided any detailed information regarding how they’ll address any potential similar behavior from other world leaders going forward. In other words, we don’t yet know what would be different (if anything) should another Trump-styled megalomaniac take office and use available social channels in a similar manner.

Obama is hardly the only political figure to call for action from social media platforms around “sustained misuse of their platforms to sow discord and violence,” as Senator Mark Warner put it in a statement on Wednesday. Likely once the dust clears from this week’s events, Facebook, Twitter, YouTube, et al. will face renewed scrutiny from lawmakers and public interest groups around any corrective action they’re taking.

Written By
admin
More from admin
When a hacker broke into the computer systems of the Oldsmar Florida...
Read More