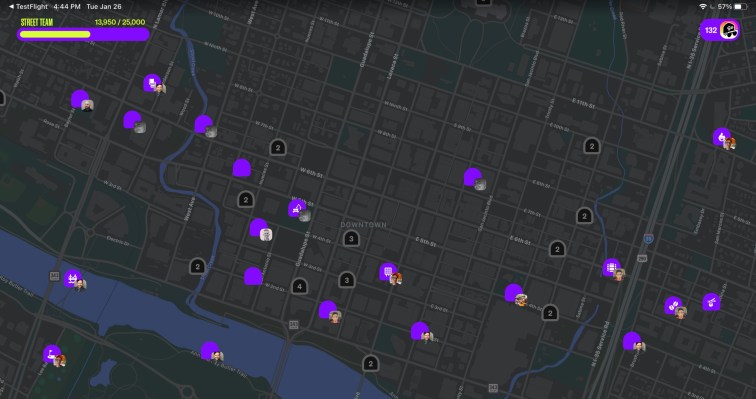 The newly resurrected Gowalla wants to realize its mobile dreams from the early-aughts in an augmented reality world, and they’ve raised some new funding to make it happen.

Gowalla was originally founded back in 2009 as a Foursquare competitor, it gathered some early traction and excitement from investors, raising just over $10 million, before things petered out a couple years later and the team was acquihired by Facebook for $3 million. Co-founder Josh Williams, who has brought back the app with new co-founder Patrick Piemonte, tells TechCrunch he hopes the new iteration can take inspiration from the social side of TikTok and the platform side of Roblox and allow users to “unlock” the world around them in augmented reality.

It’s still pretty unclear what the end game is thought it becomes a bit clearer as the app pushes out its early batch of beta testers — which the startup calls its “Street Team” — to find points of interest for the app. Williams contends there are some elements of the app that share similarities with Foursquare’s early iterations, with users getting credit for data they submit as well as badges for completing certain tasks.

“The questions that we ask ourselves is as stories is to a timeline, what’s the same equivalent to real world space and how do we create a gamified sharing format that has the same ubiquity,” Williams tells TechCrunch.

The Gowalla team doesn’t have any firm dates lined up but hopes to share more about the eventual launch experience in the coming months and open up for beta in early summer.

Written By
admin
More from admin
Outlets that follow the crypto industry have been observing a trend, which...
Read More