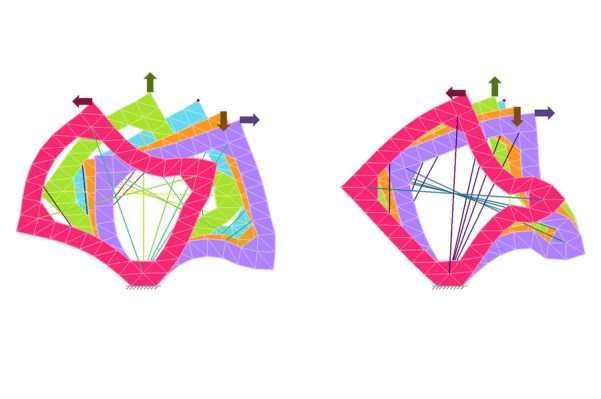 The sub-category of soft robotics has transformed the way many think about the field. Oft-influenced by natural phenomenon, the technology offers a dramatically different approach than the sort of rigid structures we traditionally think of when we discuss robots.

Soft designs offer a number of benefits, including compliance, which has already seen a number of real-world applications in manufacturing and fulfillment. But like their more rigid cousins, soft robots have their limitations. As such, designers generally choose between one or the other for a given job — or, best-case scenario, design swappable parts.

A team at MIT’s CSAIL lab is exploring a technology that could make choosing less of a trade-off. The project has been in the works since 2017, though it’s still in the somewhat early stages — still largely the realm of computer simulation, though the details have been outlined in a new paper.

“This is the first step in trying to see if we can get the best of both worlds,” CSAIL post-doc James Bern said in a release.

In the project (or the simulated version, at least), the robot is controlled by a series of cables. Pulling on them in the right combination turns the soft structure into a hard one. The team uses the analogy of a series of muscles controlling the human arm — if the right ones are flexed, you can effectively lock a position in place.

The team will present their findings at a conference next month. For the time being, they’re currently working on a prototype to showcase how it operates in a real-world setting. Combining the two fields could go a ways toward building safer collaborative robots for interacting with human workers.

Written By
admin
More from admin
After years of increased competition from Spotify, Apple today announced its own...
Read More