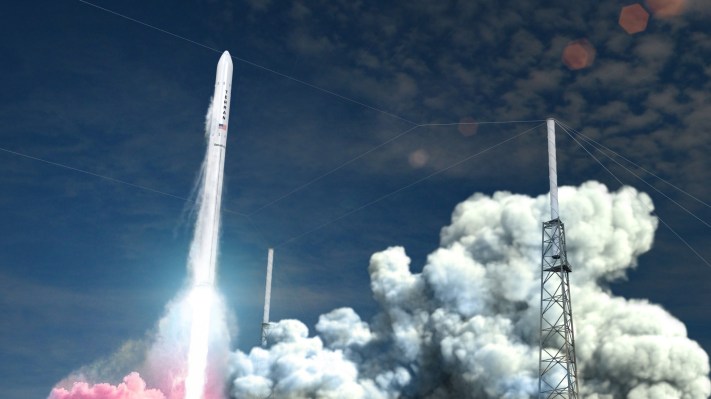 Relativity Space already has a significant volume of launch contracts on the books – more pre-sales for its Terran 1 rocket than any other launch vehicle in history, in fact, according to CEO and co-founder Tim Ellis. But its latest customer is a key one: The U.S. Department of Defense, which has contracted Relativity Space to launch a payload on its behalf as part of the Defense Innovation Unit (DIU)’s continued efforts to find responsive launch partners capable of sending payloads with a mass between 450 kg and 1,200 kg (roughly 1,000 to 2,650 lbs) to low-Earth orbit.

The DIU has a specific mandate of working with innovative American companies, typically in the earlier stages of their development, and their collaboration is often seen as a stamp of approval that can set up a company for a much deeper DoD relationship going forward. In this case, citing Relativity’s relative maturity and its queue of pre-sold missions, which include a number of non-defense government contracts.

“In this case, there was just a true mission need for this particular spacecraft,” Ellis said. “And it was a good opportunity to work with them as our first DoD customer, to start on-ramping into a broader ecosystem of capabilities that we’re hearing the government wants to see. So it’s all specifically focused on Terran 1, though of course, we now have talked about Terran R, totally independent of this program. It’s a start of a conversation, and we see lots of opportunities to help support national interests across many different places with all the things that we’re building.”

Ellis is referencing Relativity’s newly-unveiled larger payload spacecraft, the Terran R. The 3D printing rocket company debuted its plans for the much larger launch vehicle in February, and it’s tailor-made for delivering satellite constellations to low-Earth orbit – a need that the DoD has expressed plenty of interest in, given its focus on satellite technologies that offer responsive, redundant capabilities to suit shifting needs.

Early Stage is the premier ‘how-to’ event for startup entrepreneurs and investors. You’ll hear first-hand how some of the most successful founders and VCs build their businesses, raise money and manage their portfolios. We’ll cover every aspect of company-building: Fundraising, recruiting, sales, product market fit, PR, marketing and brand building. Each session also has audience participation built-in – there’s ample time included for audience questions and discussion. Use code “TCARTICLE at checkout to get 20 percent off tickets right here.

Written By
admin
More from admin
Canoo, the Los Angeles-based electric vehicle startup that will make its debut...
Read More