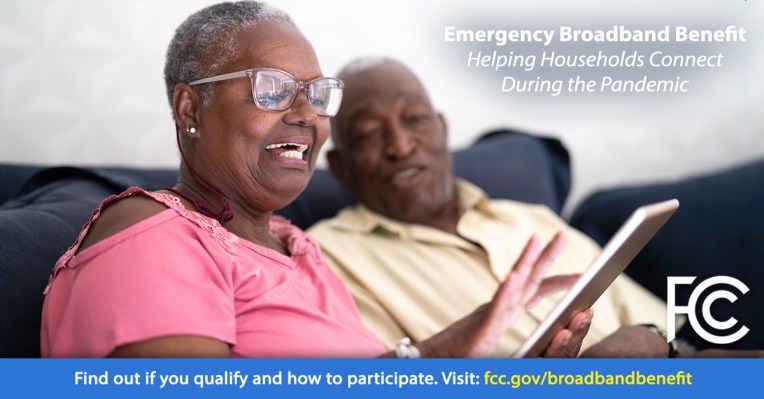 After months of deliberations, the FCC is ready to start helping people cover the cost of broadband and connected devices through two emergency funds amounting to more than $10 billion. If your household has trouble paying for internet access or shares a single computer, or your wallet has just had a rough year, you probably qualify for help.

The first, which we’ll just call the Connectivity Fund, is not something you as an ordinary consumer necessarily need to worry about, but your household may still benefit from it. It’s intended, as FCC Acting Chairwoman Jessica Rosenworcel has explained, to close the “homework gap” specifically, meaning kids who lack the ability to take part in online schoolwork because they lack a suitable device or connection.

The fund will work with schools and libraries to cover the cost of things like portable wi-fi hot spots, tablets, laptops, or other connectivity-related items. Basically, those institutions will do their own work to identify the kids and families that need help, provide what they think is needed, and then send the bill to the FCC.

As a parent, you may have to respond to a survey or talk to your kid’s teacher about what would help most, but you probably won’t have to do much in the way of paperwork. That said, you might ask an administrator whether they’re aware of and participating in the program — it goes through the FCC’s E-rate program, which might be a more familiar term to them.

The Emergency Broadband Benefit is the one that ordinary users will need to do a little legwork to take advantage of. This $3B fund is a one-time thing, available only while the money lasts, and the FCC in a call with media wasn’t really able to estimate exactly how long that is likely to be, since it depends on how many people sign up in the first place.

The program subsidizes $50 (or $75 in tribal lands) in broadband costs and provides a one-time $100 discount for hardware, provided you meet the eligibility requirements. The short version is if you qualify for any other federal assistance, like Pell grants, free and reduced-price lunch, Medicaid, etc, you almost certainly qualify here. And if you earn less than $99K and “experienced a substantial loss of income” in the last year, you also qualify — which covers a whole lot more people.

You can apply online or via mail starting tomorrow, May 12, but the easiest thing to do might be to check if your current broadband provider is participating and just ask them to enroll you in the program. They may have their own form you have to fill out, but the result is $50 off your internet for as long as there’s money in the FCC’s $3B bag.

When I asked an FCC representative whether the two programs could complement or interfere with one another in a single household, they said there will probably be some limitations but that specifics will come later. Basically there are provisions to prevent a single internet connection or device from receiving discounts from both programs, but because they’re administered differently you shouldn’t have to worry about that. Just ask the school what they’ve got for you and sign up for the broadband benefit, and you should be good. (Likewise for Lifeline and other benefits — should be fine.)

Incidentally, the two measures were both passed unanimously by the FCC, and the comments of the individual commissioners show that they are pleased to get this out the door — this really is a $10B giveaway to those who need it most, and though it took some time to achieve, it should be helpful to quite a lot of people.

Written By
admin
More from admin
Ludlow Ventures, an 11-year-old, Detroit-based seed-stage venture firm, is in the process...
Read More