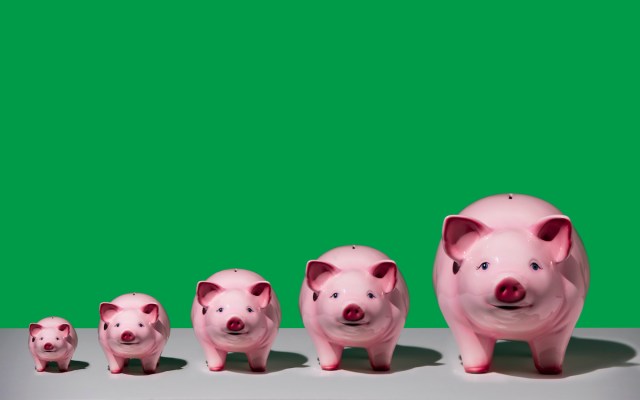 This morning Treasury Prime, a banking-as-a-service startup that delivers its product via APIs, announced that it has closed a $20 million Series B. The capital comes around a year since the startup announced its Series A, and around 1.5 years since it raised its preceding round.

For Treasury Prime, the new capital was an internal affair, with prior investors stepping up to lead its new round of funding. Deciens Capital and QED Investors co-led the round, with Susa Ventures and SaaStr Fund also putting cash into the transaction.

As is increasingly common among insider-led fundraises in recent years, the startup in question was not in dire need of new funding before the new investment came together. In fact, Treasury Prime CEO Chris Dean told TechCrunch that his firm is “super capital efficient” in an interview, adding that it had not tucked into its Series A capital until January of this year.

So, why raise more funds now? To invest aggressively in its business. That plan is cliche for a startup raising new funding, but in the case of Treasury Prime the move isn’t in anticipation of future demand. Dean told TechCrunch that his startups had run into a bottleneck in which it could only take on so much new customer volume. That’s no good for a startup in a competitive sector, so picking up its spend in early 2021 and raising new capital in mid-2021 makes sense as it could help it hire, and absorb more demand, more quickly.

And for Treasury Prime’s preceding backers, the chance to put more capital into a startup that was dealing with more demand than capacity likely wasn’t too hard a choice.  Dean added that to make sure the round’s price was market-reasonable, he pitched around 10 venture capital firms, got three term sheets, and then went with his preceding investor group; if any VC reading this is irked by the move, this is the founder equivalent of private-market investors asking founders to come back to them after they find a lead.

But with the banking-as-a-service market growing, thanks to entrants like Stripe showing up in recent quarters, how does Treasury Prime expect to stay towards the front of its fintech niche? Per Dean, by bringing together banks that want fintech deal volume, and fintechs who need both technology and eventual banking partners. By courting both sides of its market, Treasury Prime hopes to be well-situated for long-term growth.

And its CEO is bullish on the scale of his market.

If you imagine the banking-as-a-service market as merely neobanks, he explained, it’s not that big. But his startup expects the number of companies that want to offer their customers the sort banking capabilities that Treasury Prime and some competitors can offer will be broad. How broad? The best way I can summarize the company’s argument is that, a bit like how vertical SaaS has proven that building software for particular industries can be big business, Treasury Prime expects that banking tools will also be built for similar business categories. Vertical banking, perhaps, integrated into other services.

And it wants to be there, offering the back-end tech, and access to banks that the companies building those services will need.

Fintech is a big and expensive market, and Treasury Prime isn’t busy raising nine-figure rounds — yet, at least. According to PitchBook data, Treasury Prime was valued at just over $40 million at the time of its Series A; the company’s new valuation was presumably higher, though how much is not yet clear.

Let’s see how far it can get with $20 million more as it sheds some of its frugal DNA and looks to burn a little faster.