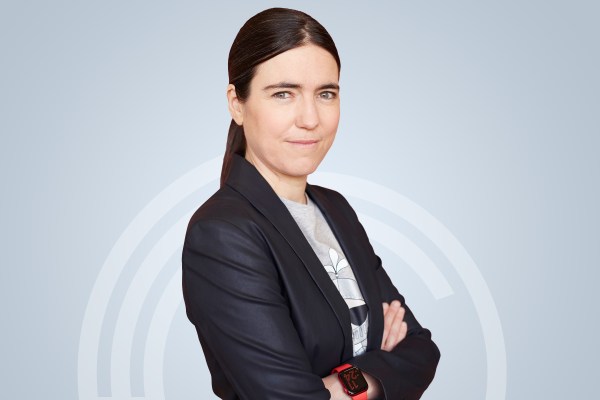 One of the lingering mysteries from Uber’s sale of its Uber ATG self-driving unit to Aurora has been solved.

Raquel Urtasun, the AI pioneer who was the chief scientist at Uber ATG, has launched a new startup called Waabi that is taking what she describes as an “AI-first approach” to speed up the commercial deployment of autonomous vehicles, starting with long-haul trucks. Urtasun, who is the sole founder and CEO, already has a long list of high-profile backers, including separate investments from Uber and Aurora. Waabi has raised $83.5 million in a Series A round led by Khosla Ventures with additional participation from Uber, 8VC, Radical Ventures, OMERS Ventures, BDC, Aurora Innovation as well as leading AI researchers Geoffrey Hinton, Fei-Fei Li, Pieter Abbeel, Sanja Fidler and others.

Urtasun described Waabi, which currently employs 40 people and operates in Toronto and California, as the culmination of her life’s work to bring commercially viable self-driving technology to society. The name of the company —  Waabi means “she has vision” in Ojibwe and “simple” in Japanese —  hints at her approach and ambitions.

Autonomous vehicle startups that exist today use a combination of artificial intelligence algorithms and sensors to handle the tasks of driving that humans do such as detecting and understanding objects and making decisions based on that information to safely navigate a lonely road or a crowded highway. Beyond those basics are a variety of approaches, including within AI.

Most self-driving vehicle developers use a traditional form of AI. However, the traditional approach limits the power of AI, Urtasun said, adding that developers must manually tune the software stack, a complex and time-consuming task. The upshot, Urtasun says: Autonomous vehicle development has slowed and the limited commercial deployments that do exist operate in small and simple operational domains because scaling is so costly and technically challenging.

“Working in this field for so many years and, in particular, the industry for the past four years, it became more and more clear along the way that there is a need for a new approach that is different from the traditional approach that most companies are taking today,” said Urtasun, who is also a professor in the Department of Computer Science at the University of Toronto and a co-founder of the Vector Institute for AI.

Some developers do use deep neural nets, a sophisticated form of artificial intelligence algorithms that allows a computer to learn by using a series of connected networks to identify patterns in data. However, developers typically wall off the deep nets to handle a specific problem and use a machine learning and rules-based algorithms to tie into the broader system.

Deep nets have their own set of problems. A long-standing argument is that can’t be used with any reliability in autonomous vehicles in part because of the “black box” effect, in which the how and the why the AI solved a particular task is not clear. That is a problem for any self-driving startup that wants to be able verify and validate its system. It is also difficult to incorporate any prior knowledge about the task that the developer is trying to solve, like say driving. Finally, deep nets require an immense amount of data to learn.

Urtasun says she solved these lingering problems around deep nets by combining them with probabilistic inference and complex optimization, which she describes as a family of algorithms. When combined, the developer can trace back the decision process of the AI system and incorporate prior knowledge so they don’t have to teach the AI system everything from scratch. The final piece is a closed loop simulator that will allow the Waabi team to test at scale common driving scenarios and safety-critical edge cases.

Waabi will still have a physical fleet of vehicles to test on public roads. However, the simulator will allow the company to rely less on this form of testing. “We can even prepare for new geographies before we even drive there,” Urtasun said. “That’s a huge benefit in terms of the scaling curve.”

Urtasun’s vision and intent isn’t to take this approach and disrupt the ecosystem of OEMs, hardware and compute suppliers, but to be a player within it. That might explain the backing of Aurora, a startup that is developing its own self-driving stack that it hopes to first deploy in logistics such as long-haul trucking.

“This was the moment to really do something different,” Urtasun said. “The field is in need of a diverse set of approaches to solve this and it became very clear that this was the way to go.”

Written By
admin
More from admin
In a year defined by economic and civil unrest, it should come...
Read More