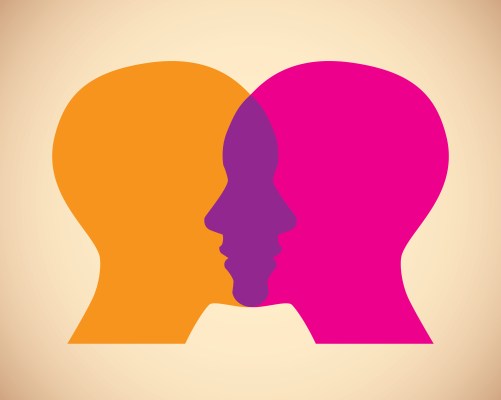 Erica Chidi, the co-founder of Loom and a first-generation Nigerian-American, learned how to wrap the language of self-care around her body from an early age. She spent the early part of her life in South Africa, then the epicenter of the HIV and AIDS pandemic, watching her father work as an endocrinologist and infectious disease specialist. That exposure was supplemented by Chidi’s mother, a registered nurse, who made “talking about the body something that was pretty commonplace in our house.” Her childhood seeded an understanding of the women’s body, a conversation that can be stigmatized in many immigrant households.

Eventually, Chidi became a Doula, a trained person who guides mothers through the process toward motherhood. “As a doula, I really focused on individual care and helping people be able to advocate for themselves…in order for them to optimize their healthcare experience wherever they were within their sexual reproductive health journey,” she said. “When I flashforward to what I’ve been doing now, 10 years later, I know back then what I was really focusing on was user experience.”

That’s the seeding Loom, a digital learning platform about women’s health, with an explicit focus on the sexual and reproductive health journey. Chidi founded it in 2017 alongside Quinn Lundberg, a women’s healthcare policy advocate. After the duo raised $3 million in seed financing last year, Loom is now officially launching its first course to the public: a Pregnancy and Postpartum program.

The program, which costs $90 for 12 months of access, includes asynchronous and synchronous learning components.

The video repository, which Chidi describes as a “Masterclass, but for sexual reproductive health,” includes videos about medicated, unmedicated, and cesarean birth, as well as advice on choosing a care provider. The live components include weekly small pods, led by mostly by clinicians, going into specific issues and concerns that mothers might be facing, such as postpartum care or trimester tips. There’s also a monthly talk hosted by Chidi, in which the entire community is invited to dive into a singular topic within the pregnancy and postpartum world. For now, these sessions are held over Zoom, but Loom is in the process of developing its own video platform.

Chidi said that the company is more interested in giving users instantaneous and actionable value from content, instead of getting them to view or complete all of the content. However, that’s easier said than done. The company needs to balance engaging material with nuanced, clinician-approved medical advice. Right now, Chidi teaches much of the content, and despite her upbringing and experience, Doulas are not considered medical professionals. Loom is working with research institutions, community organizations, and the Reproductive Justice Framework – an anti-racist movement about reproductive rights and social justice – to develop its content.

Expectful, a company similar in mission to Loom, raised $3 million this year. Expectful is a meditation and sleep app for women, and is now expanding into a community and marketplace for new and expecting mothers. The startup’s new chief executive Nathalie Walton joins Chidi in being two of the few dozen Black female founders to raise millions in venture capital.

Chidi, a Black LGBTQ+ founder, used to think that she was an “untraditional founder” in a lot of ways: “I didn’t go to Stanford, I don’t have an MBA, and I don’t have a technical background,” she said. “But what I’ve realized over the past year is that I’ve always been a deep systems thinker. I’m a rigorous writer, and a very kind of tactical educator, and all of those skills really transferred well into the product building process.” That “deeply emotion-centered, deeply-humanistic framework” that she brings is a strategic fit in the world of women’s healthcare.

Written By
admin
More from admin
A French administration in charge of consumer rights and fraud has investigated...
Read More